Death Point
Developer
Andiks LTD.
Publisher
Andiks LTD.
Death Point is a classic stealth-action, which not only should inspire player but also surprise him. At first glance, you get almost traditional game, tightly staffed with hard levels and various tasks. Instead you are immersed in a different world, fully associating yourself with the main character.
All Reviews:
Mixed (20) - 50% of the 20 user reviews for this game are positive.
Release Date:
Developer:
Andiks LTD.
Publisher:
Andiks LTD.
Tags
Popular user-defined tags for this product:
Indie Action Stealth Violent Nudity Top-Down Top-Down Shooter Shooter Replay Value Tactical Adventure
+
Reviews
All Reviews:
Mixed (50% of 20) All Time 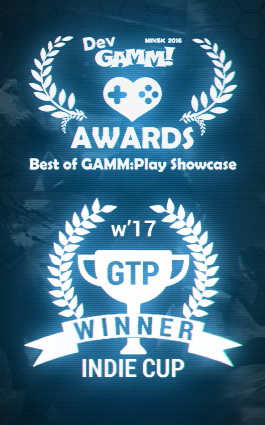 Death Point is a classic stealth-action, which not only should inspire player but also surprise him. It’s an adventure, filled with excitement and empathy. At first glance, you get almost traditional game, tightly staffed with hard levels and various tasks. Instead you are immersed in a different world, fully associating yourself with the main character. "Shooting targets in the maze" suddenly turns into immersive story, tangled with details, with purpose and meaning. Character, whom you take under his wing not in the best moment of his life, is alive, and helping him to get out of trouble, you and a mysterious voice in his head will solve the mystery, which turns your little adventure in a thriller. You’ll have to get out of the underground prison cell, walk on the streets of a strange city, get to a ruined cemetery and under ground again before you ascend almost to the sky. He who seeks, always finds, but will he be happy about it? They say storits like this are based on true events. In our case, this will be based of future events.
Prepare to be amazed.

Only two from your group have survived: you (agent) & she (operator). She is blocked somewhere at the enemy’s territory, while you woke up in a prison, barely alive, but determined to get revenge. The countdown has started. Elimination sensors are already ticking in your heads. The mission success & your future depends solely on you. All you have to do is to find the girl and call for evac. Hurry up!

Plan you attack by using baits to successfully eliminate step by step various opponents (including zombies!). Hide in shelters to pass by without being noticed or hide from enemy fire. Use a gun with silencer to quietly reduce a number if enemies.

There are various tactics with using if encirclement. Hide from attacks in containers & cases. Draw guards attention throwing a bottle or a flash bang grenade. Use smoke bombs to pass unnoticed.

To survive you can use any kind of weapon you would like: a gun with a silencer, a shot gun, an ‘UZI’ weapon, a land mine and many other things.