Hartacon Tactics has full support of XBOX controller but can be played using just the keyboard.
Mouse is also supported. 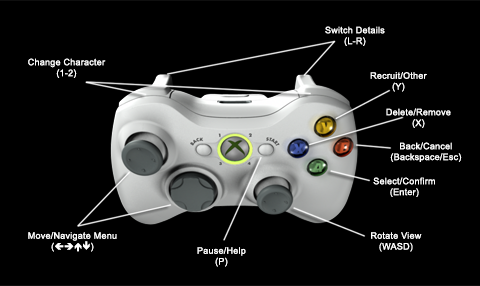 Hartacon Tactics is a turn-based tactical RPG, featuring higly deterministc mechanics, beautiful hand-painted 2D art and deep gameplay.
Hire characters of unique classes, and wisely use their strengths, skills and weapons to defeat enemies as you travel through the continent of Kaus in the single-player survival campaign, or challenge other players in co-op battles and multiplayer.

Classes
Classes differentiate themselves in terms of a variety of battle stats: from strength to magic power and defense, movement capability such as walkable distance and jump height, as well as frequency of action. Moreover, fighters of each class specialize in the use of a weapon and its related techniques. The knight is your all-round balanced warrior, the dwarf a front liner with great defense, the lionman an unstoppable force of nature, and the list goes on with eight carefully diversified unit types, each with their own strategic role in battle.

Weapons
There are many different weapon types: swords, bows, axes, knives, and all have their characteristic attack patterns and allow the execution of specific techniques. Axes can be used to break your opponents armors, knives thrown to inflict status ailments, while hand combat is good to move targets and open paths through your enemy's defense line.

Magic
All magic skills belong to some element, and different elements include skills that are quite different from each other expecially in terms of range and area of effect.
Water skills can hit multiple targets in wide patterns, and they can target only positions lower than the caster; Earth skills always affect the positions around the caster; Lightning skills can only strike single targets and have no height limitation; Wind skills target multiple positions and have the widest range.
In addition, some elemental skills may cause some status ailments, like Ice skills inducing Paralysis, or Lightning skills inducing Darkness.
Different characters have higher or lower affinity with each element, making them more or less vulnerable and able to deal more or less damage.

Character customization
You can develop your characters by learning new skills and balancing their battle stats to suit your strategy.

Game customization
Build your own maps with the in-game map editor and share them in the online gallery.