Narumi Kouki, our hapless protagonist, writes a risque romcom for a weekly manga magazine. Due to its content, he's kept it a secret from everyone except the two closest to him: Mihiro and Toa.
All Reviews:
Very Positive (188) - 92% of the 188 user reviews for this game are positive.
Release Date:
Developer:
madosoft
Publisher:
Sekai Project
Popular user-defined tags for this product:
Visual Novel Nudity Anime Sexual Content Casual Adventure Cute Story Rich Choices Matter Comedy Multiple Endings Singleplayer Dating Sim
+ 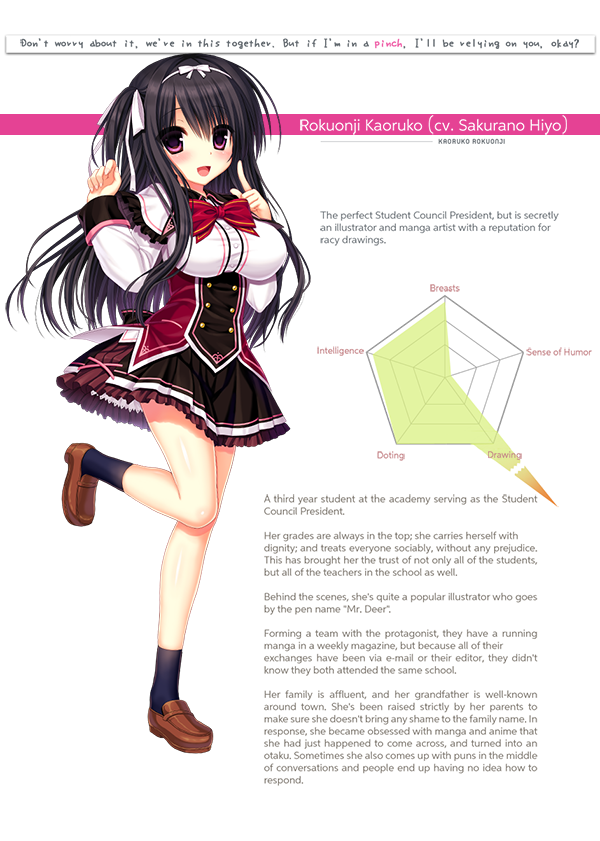 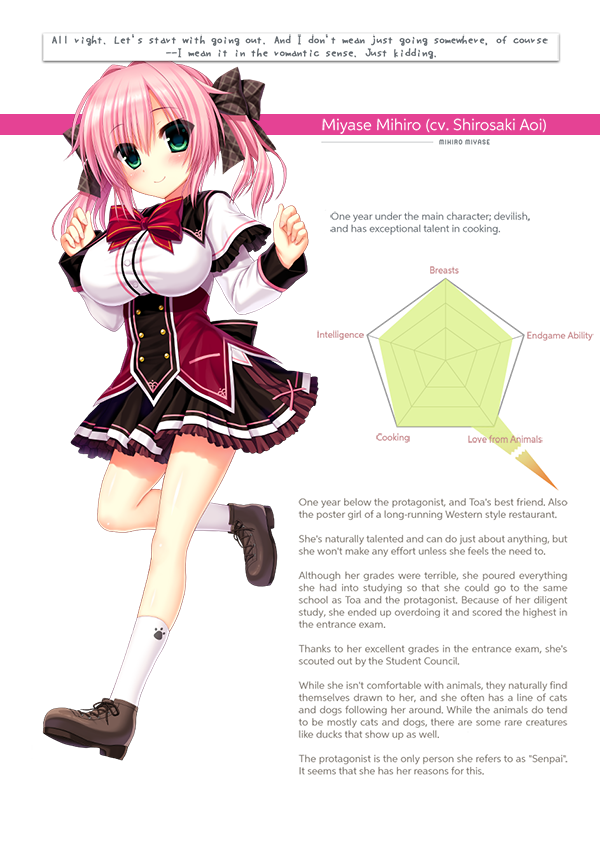 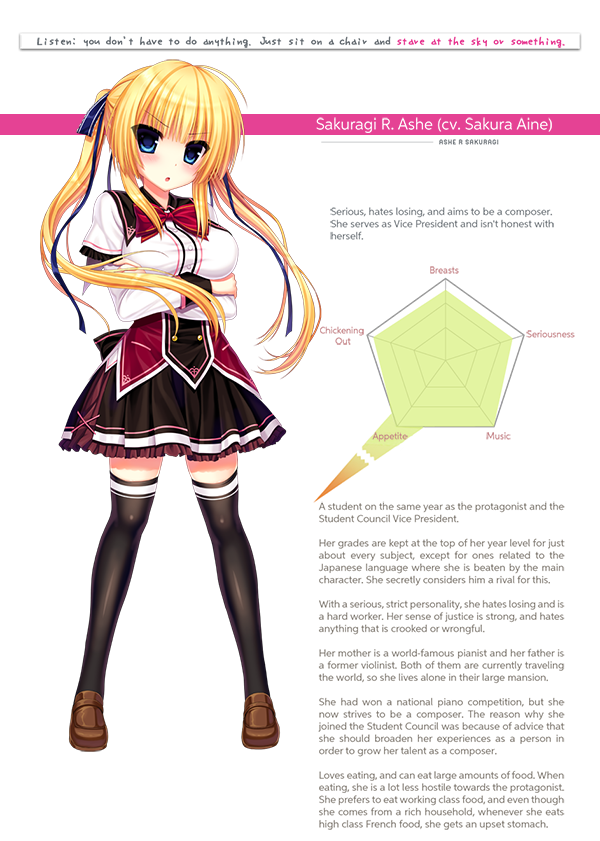 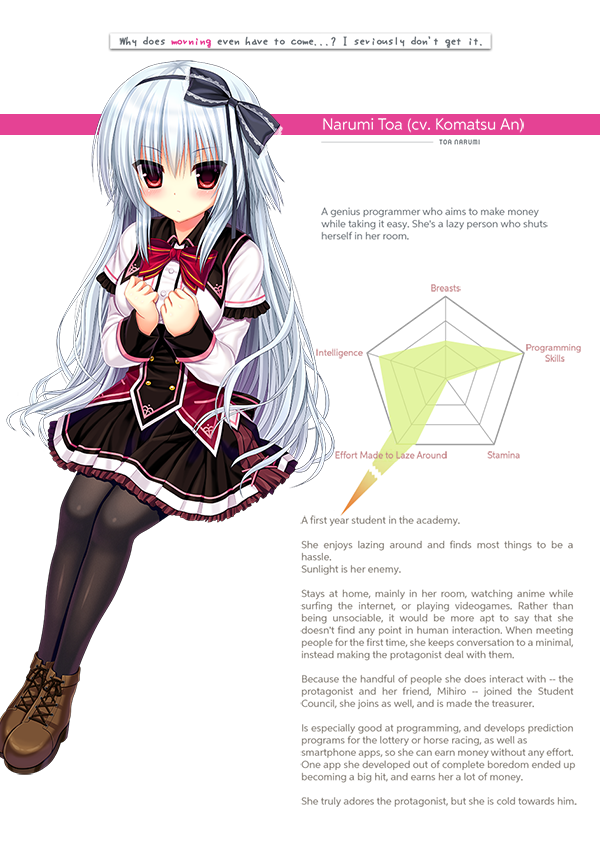