“Rakuen gives full range to the power of its truth. It’s thoughtful, beautiful, sad and funny. It presents itself as a childlike narrative game, but it offers unsettling and affirming truths about the way we live. I feel privileged to have spent time with its characters, with their weaknesses and their strengths. This is an extraordinary game.”
9.5/10 – Polygon

“And after completing the game, I truly do feel it's a creative masterpiece.”
Indie Obscura

“The result is something enchanting. I haven’t felt so swept away by a world in so long, and was utterly compelled to explore it as deeply as I could.”
Rock Paper Shotgun

Rakuen is an adventure game about a little Boy who lives in the hospital. One day, the Boy asks his Mom to escort him to the fantasy world from his favorite storybook, so that he can ask the Guardian of the Forest to grant him one wish. In order to receive his wish, the Boy must complete a set of challenges that revolve around helping his neighbors in the hospital by interacting with their alter-egos in the fantasy world...

...A cranky old man who guards a broken music box with his life while complaining that he never gets any visitors; a young woman in a coma whose husband hasn’t left her side in months; a little girl who laments over a friend she was never able to say goodbye to after growing ill… The Boy slowly begins to realize that his neighbors are plagued by secrets and struggles that are mysteriously tied to the strange hospital. 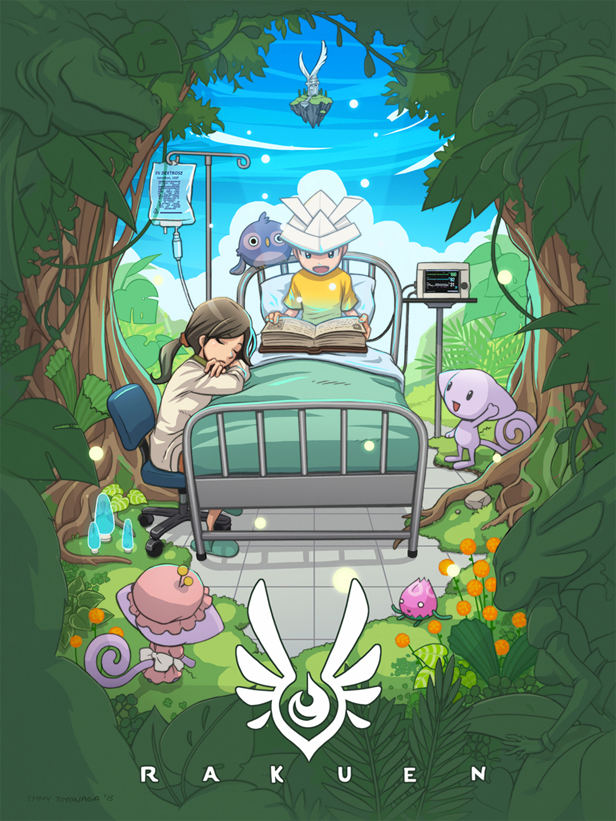