NBA Playgrounds
Developer
Saber Interactive
Publisher
Mad Dog Games, LLC
Classic NBA arcade action is back! Take your “A” game to the playground and beat the best in high-flying 2-on-2 basketball action. Practice your skills offline, play with up to three others and take your talents online to posterize your opponents with acrobatic jams and ridiculous displays of skill.
All Reviews:
Mostly Positive (1,029) - 73% of the 1,029 user reviews for this game are positive.
Release Date:
Developer:
Saber Interactive
Publisher:
Mad Dog Games, LLC
Tags
Popular user-defined tags for this product:
Sports Basketball Arcade Multiplayer Co-op Local Multiplayer Singleplayer
+
Reviews
All Reviews:
Mostly Positive (73% of 1,029) All Time

Notice: At the request of the publisher, NBA Playgrounds is unlisted on the Steam store and will not appear in search.
View Community Hub 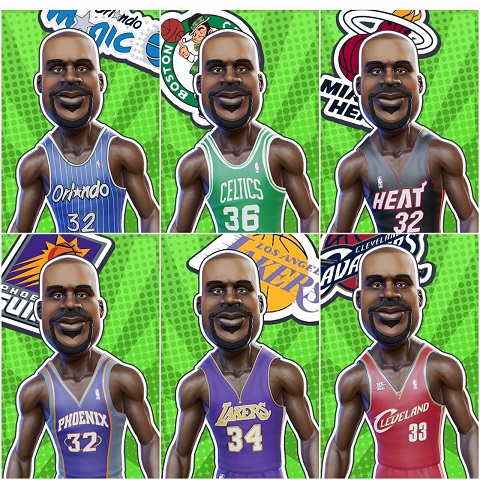 Many thanks for the continued support! We have the best players in the world and we are privileged to serve you.

Update 1.1.0 for PC/Steam brings the heat! Challenge your friends, enemies and other players online. Game on! Friends matchmaking is here. With the new Challenge feature, you’ll be able to directly challenge another player to a game on the Playgrounds. All you have to do is agree on a code, open the online mode, switch to Challenges, enter that code and face each other.

Other additions include a new connection manager, which monitors the connection of players during ranked matches and penalizes disconnections from games that are made to avoid losing. Quitters never prosper on the Playground.

In response to great feedback, we’ve also tweaked the entire shooting system from jump shots, to threes, to dunks, layups, and everything in-between. We’ve redone the timing, added a meter, and clarified the entire system. Keep those comments coming!

As a big thank you to our rabid fans, we’ve also added 15 new players, including Isaiah Thomas and Dennis Rodman! Those two all-stars and 13 others can be unlocked regularly through player packs, earned during the tournament or when leveling up your profile.

Thanks again for all your great feedback and support. Update 1.1.0 is the beginning. We’re only days from launch and we’re already making the game better thanks to your feedback. You rock!

New Features:
- Added: The Challenge Mode feature, which allows you to challenge other players to online matches
o You can now switch between unranked challenges and ranked games in the online mode
o To challenge another player, you must switch to the challenge mode in the online menu and define a challenge code. By default, your challenge code is your nickname, but you can change it to your own, personal code. The person you are challenging must enter your code.
o If you have been challenged, please enter your challenger’s code and press “Accept”.
o All challenges are unranked and your ranking/ELO will be unaffected by the results of the challenge.
- Added: Toxicity system/Disconnection Manager, which penalizes players who abandon matches in any other way than surrendering
- Added: 5 new versions of Shaquille O´Neal in various teams from his career (Boston Celtics, Miami Heat, Phoenix Suns, Cleveland Cavaliers, Orlando Magic)
- Added: 15 new players join the roster
o The following players were added: Dennis Rodman, Isaiah Thomas, Larry Bird, Giannis Antetokoumnpo, Kenny Smith, Gary Payton, Klay Thompson, Devin Booker, Tony Parker, Kemba Walker, Seth Curry, Tiny Archibald, John Starks, Tracy McGrady, Pete Maravich
- Added: A shot-meter was added to help finding the perfect timing for shots, dunks etc.
- Added: Steam Cloud Save support
- Added: Steam Big Picture keyboard management
Notable Changes:

- Fixed: Issues related to the strength of the force feedback effects were addressed

Classic NBA arcade action is back! Take your “A” game to the playground and beat the best in high-flying 2-on-2 basketball action. Practice your skills offline, play with up to three others on your PC, or take your talents online to posterize your opponents with acrobatic jams and ridiculous displays of skill.

• Easy to play, challenging to master
• Offline and Online Multiplayer
• Massive roster of current and retired NBA superstars
• All the official NBA teams
• Travel to playgrounds across the globe
• Hundreds of dunks and moves
• Collect all your favorite players
• Improve players over time
• Compete against the master of the playground himself - Allen Iverson
• Even more NBA superstars will be added post-launch