“We have a small production team, and we felt that feedback from more users was essential in order to make those final steps in the development.”

“Our plan is as follows:

A. Early Access
Interacting with residents (up to a sensitivity level of 3), crafting, cooking with materials, fighting with enemies, fishing, raising livestock, farming in the fields.

We have worked to delete bugs but maybe some are still there.
We will consistently update to fix any bugs that emerge.”

“Yes, we plan to increase the price as we add new content and features. The final price will be around 20% more than the original price we set at the beginning.”

“We are thinking mainly in the forums and review function on Steam. We also plan to collect player impressions from our official Twitter account and social media.”
Read more
Check out the entire FLYHIGH WORKS franchise on Steam 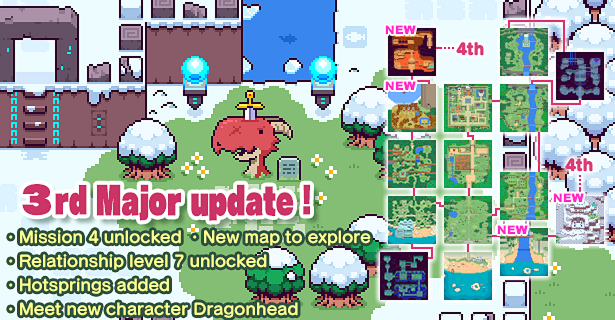 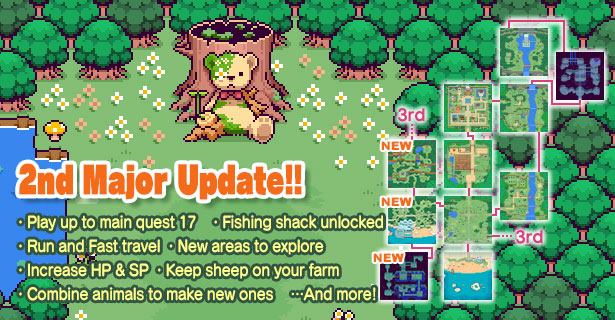 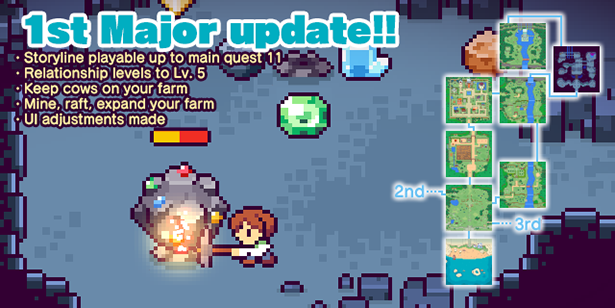 "Picontier" is a story of mystery and fascinating events that occur on an island as the main character, who awakens from a long sleep on the magical island, resumes life from scratch and meets many intriguing islanders. It is a ‘slow life RPG’ that unravels and reveals surprising twists.

The hero awakens from a long sleep to find that the appearance of the island is quite different from their memory. Start your life in the town "Magmail" in the center of the island, making your way with help from the caring AI character "Aila".

In your island life you can craft items and weapons; you can also fish in the sea and grow crops on the ranch. Use newly created items and weapons to interact with the inhabitants of the island, and as you get to know each other the conversations will change and you will receive crafting recipes.

Materials are required for crafting, and these are collected both in and out of town. The monsters that appear on the field change between day and night, so check recipes for what you want to make and find the right monsters for the job.

By advancing the main quest the story of the entire island will progress and evolve. You’ll learn about the mysterious substance "Piconium", that exists only on this island, and the strange "black fog" that holds the key to the ‘incident’ - including the mysterious disappearance of Professor Jeda after our hero’s awakening. Experience a wondrous story on a mysterious island, where magical things happen!