“For at least a year, but depending on player feedback and additional content we choose to put in the final game, it may take longer.”

“We plan to enhance the online experience by adding detailed player profiles, stat tracking, competitive modes, ranking systems, ladders, and tournaments. As well as additional content in for the game including farms, items, units, and skins. We also have plans for a single player, and possibly co-op, campaign modes as well as improving upon our existing level editor.”

“Sheep Tag 2 is a fully playable game. It includes online multiplayer, and an in-game level editor. It currently supports up to 16 players in a PvP format. One team is Sheep and the other team is Wolves. Wolves can capture Sheep turning them into Spirits. Spirits can be saved by ally Sheep. For more information check out the "About This Game" section below.”

“The game will not be priced differently, we have every intention of keeping it free-to-play.”

“We are highly active and responsive in our community Discord. We communicate with players on game balance, design, bugs, and other issues to make the game the best it can be.”
Read more
This game is not yet available on Steam

Sheep Tag 2 is a competitive, fast paced, action packed tag game that pits Sheep against Wolves. It's a constant battle for territory as Sheep must survive for a set time, and Wolves must capture all the Sheep within that time. As Sheep you are constantly putting your life at risk to gain the edge over the Wolves, and as Wolves you are thinking of ways to outwit and capture the Sheep. If a Sheep is captured they turn into a Spirit; Spirits can be saved by ally Sheep. If all the Sheep get captured the Wolves win the round!

Created long before other popular mods, Sheep Tag has deep roots in Warcraft 3 going back over 20 years. With one of the most competitive communities of all time, Sheep Tag was once the most popular game on Warcraft 3 rivaled only by DotA. 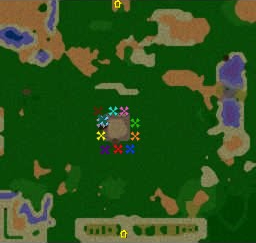