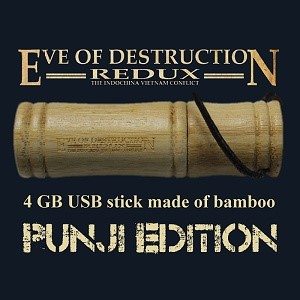 See the guides page to learn more about EoD...
Get member in the official Eve of Destruction community group.

Buy once and forever

Eve of Destruction
is a First-Person-Shooter for PC about the Vietnam War era.
Exaggerated depiction of violence has been deliberately omitted.
Landscapes, characters and their names are fictional.

Pirates offers a wide variety of different ships and boats that with a wide range of naval combat options. The ship's cannons vary greatly on firepower and it takes a lot of practice to be able to hit targets accurately.

Fight in huge sea battles against enemy ships or on land against bots with swords, pistols, axes and muskets.
You can even take a ride in a balloon to get behind enemy lines.

The MOD comes with the main game Eve of Destruction - Redux VIETNAM and gets updated automatically.