Creature Clicker is a new take on the Clicker genre, taking inspiration from Clicker Heroes and Pokemon it builds on both elements, you can capture creatures, level them up to make them do more DPS and ascend them to gain better abilities.
All Reviews:
Mixed (122) - 45% of the 122 user reviews for this game are positive.
Release Date:
Developer:
ColloseusX
Publisher:
Phat Phrog Studios
Popular user-defined tags for this product:
Casual Action Indie Early Access Clicker
+ 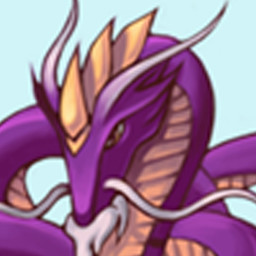 “Creature Clicker is going to take a lot of time to realise it's full potential but i want to do this with the help of the Steam community, i will take suggestions from the players about where to go next and what direction to take”

“There will be a lot more creatures to tame, you will be able to get a farm, upgrade the farm, plant crops, upgrade creatures and lots more”

“Early Alpha, has hours of content but technically the gameplay unfolds till level 50”

Creature Clicker is a new take on the Clicker genre, taking inspiration from Clicker Heroes and Pokemon it builds on both elements, you can capture creatures, level them up to make them do more DPS and ascend them to gain better abilities.

You start the game by selecting an egg and incubating it by killing enemies, everytime you kill an enemy you have a 1 / 10 chance of capturing it and having it as a pet that will do constant DPS to enemies so you have help clicking.

As you creatures grow up they will get tougher and you will be able to use your hard earned cash to purchase upgrades and abilities.

You will also be able to pickup rare items from creatures and craft items which can be equipped on your creatures to further boost your DPS and beat those high level bosses which appear every 12 levels and must be beaten within 60 seconds or you will not be able to progress to the higher levels until they are beat, this will sometimes mean going back a few levels to further level and ascend your creatures and then come back and beat them when you are bigger and stronger!

Each boss drops a soul stone which are used to Ascend your creatures to their next tier level and acts as a rebirth system for extra DPS, your Dragon grows up in stages of an egg, baby, juvenile, adolescant and adult. each time they ascend they get stronger and stronger

You can even build a farm on your land that you can build Stables, Townhouses, Vineyards and other structures that all help towards your DPS