Crown Champion: Legends of the Arena

“Great game, has a good story, fun mechanics and is challenging even after you've played 5+ hours. If you enjoy simulation / RPG games this is a must buy.”
Mature Minded Gamers

We stand at the death of an empire.

For three hundred years, the eight cities of the Crownlands have been ruled by the ancient throne of Aldmoor.

Now the northern earls have risen up in revolt, and King Darius has been overthrown and executed by his own royal council. His former marshall Ademar has seized the crown, while much of the realm has returned to the days of squabbling petty kingdoms.

In chaotic times such as these, it is possible for even a lowly commoner to rise high in the world.

The people cry out for blood and entertainment. The brutal games of the arena provide both in equal measure. Now is your chance to establish a house and train a worthy team of fighting slaves who might someday compete in the grandest of all arenas.

Their glory will be your glory. Before the sun sets on this once-mighty empire, there is still time to carve out a legacy in blood and steel ... 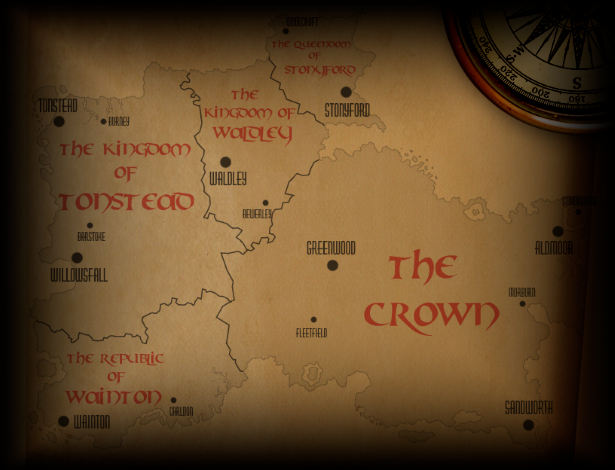 From the creators of The Deed, The Deed: Dynasty and the Space Pilgrim Saga comes a fantasy RPG/Management simulator set in the ruthless world of gladiatorial combat.

In Crown Champion: Legends of the Arena you are not a hero, a noble ruler, or even a combatant. Instead, you are the new owner of a team of fighting slaves, one of the many factions who compete for the adoration of the common people in the ancient storied arenas of the Crownlands.

Your task will be to oversee the training of your fighters and build your estate into an effective school of combat, all while trying to enhance your personal reputation and standing among the nobles of the realm. This is an expensive business, and the king demands his taxes - so you must make sure to manage your treasury with care and attention.

Glory awaits those with a bold heart and a steadfast mind, as well as a place for their faction among the legends of the arena ...