Canopia is in danger! The lizard wizard Glykon has stolen the world’s essence to augment his powers and reshape the land at his will. If he captures and devours all four Essence Spirits, all will be lost… Our only hope lies in Juno, the last free Spirit!

Juno’s Darkest Hour is a simple but challenging 2D action adventure platformer game inspired by the side-scrollers of the past. Explore the secrets of a vast monochromatic and pixelated world, accompanied by a nostalgia-driven soundtrack.

Guide little defenseless Juno through the strange and dangerous land of Canopia in order to rescue her friends and put a stop to Glykon’s evil plans. Quick reflexes and sharp wits will be required to escape and defeat the wizard’s minions. Combine different characters and items to access new areas and discover more and more treasures, until you are ready to confront Glykon!

Will you succeed against all odds, or will you die over and over again? 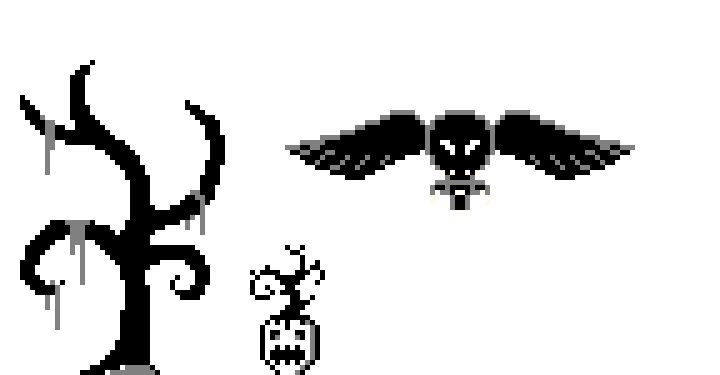