This content requires the base game The Warlock of Firetop Mountain on Steam in order to play.

This content requires the base game The Warlock of Firetop Mountain on Steam in order to play.

The Hill Goblins from Firetop Mountain have been unleashed on to Allansia! Three new heroes have entered the mountain and their stories are directly intertwined with the rampaging Goblin Scourge. Wander through the dark caverns and uncover the mysteries of Scarclaw's minions! 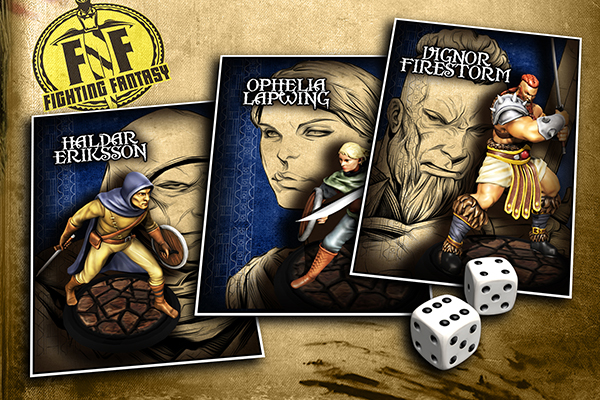 Vignor Firestorm - Son of the revered Magnus Firestorm, Vignor has upheld his father’s name and legacy everywhere he has ventured. The burden to uphold his family name weighs heavily, as Vignor hunts down Scarclaw's Goblin horde who recently ransacked one of his father's homesteads. Revenge will be sweet!
Ophelia Lapwing - Born under a full moon in a clearing in Darkwood Forest, there is something strangely ethereal about Ophelia Lapwing. The trees of Darkwood are dying and Ophelia is also suffering from a strange ailment. Can she find answers before it is too late?
Haldar Eriksson - Time and again he has found himself in the direst of situations – usually through his own foolhardy behaviour. Haldar must find a famed sword that he stole from an Half-Orc, which was then lost to a Gnome in a game of cards, who was then waylaid by a band of Goblins. Can he find it within the Goblin catacombs?

Each adventurer comes with their own special attacks, customized story, and achievements to unlock.

Oriana has a test for you! She has offered you six of Zagor's finest minions to control. For the first time YOU can control a Giant Rat, Slime Beast, Vampire, Skeleton Warrior, Zombie or Orc Taskmaster. Each monster comes with their own special attacks and you can wander the paths and halls of Firetop Mountain unlocking Souls. Can your minion make it all the way to Zagor?