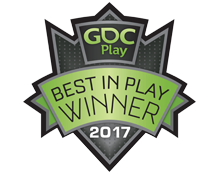 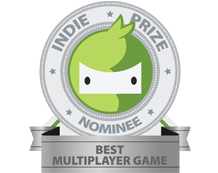 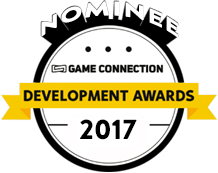 The year is 2080. America lies in ruins. Bands of militarized motorists work to keep the peace in the east. Wheeled gangs rule the western wastes. A mysterious voice crackles through the static of radio relays, beckoning travelers into the desert canyons of the Dead Zone.

Choose your side and speed full throttle into a deadly game of ruthless car combat soaked in '80s Saturday morning cartoon style. Will you rally behind SAIGE and Val Vega to fight for a better future, or seek total domination with the evil Dark Jaw and his ragtag Jawlings?

Hurl headlong into the chaos of twelve-player online combat, buckle up for classic couch co-op, or even do both. With Auto Age: Standoff's versatile split-screen play, you and three other friends can skirmish privately or team up together in online battles.

In a high-tech world of lowlifes, you'll need every advantage you can get. Choose your chassis and gear up with powerful weaponry and the latest gadgets, including missile launchers, ramming plates, mines, repair stations, and more.

Twelve road warriors supported in a single online match! 7 maps to battle on!

Get hooked on our retro-future dashboard mixtape and soundtrack where synthwave and guitar-shredding fuel your quest for vehicular destruction.

This game has been in development since 2014, and player feedback has been an integral part of the process. Not only will we be addressing bugs and gameplay issues, but we will be listening to your feedback on all channels. We will tweak and tune the game after lauch.

Produced with the financial support of the Canada Media Fund, Ontario Media Development Corporation and FACTOR.