Diluvion: Resubmerged
Developer
Arachnid Games
Publisher
Good Shepherd Entertainment
Diluvion is a 3D deep sea, Jules Verne inspired, exploration game with RPG elements and thrilling submarine combat. As the Captain of your own vessel, you must grow and manage your crew as you search for the secrets of the past in a hauntingly beautiful flooded world.
All Reviews:
Mixed (934) - 62% of the 934 user reviews for this game are positive.
Release Date:
Developer:
Arachnid Games
Publisher:
Good Shepherd Entertainment
Tags
Popular user-defined tags for this product:
Action Adventure Underwater RPG Indie Steampunk Submarine Singleplayer Open World Great Soundtrack Atmospheric
+
Reviews
All Reviews:
Mixed (62% of 934) All Time 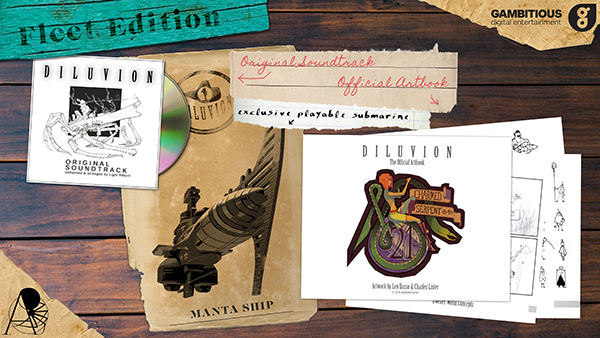