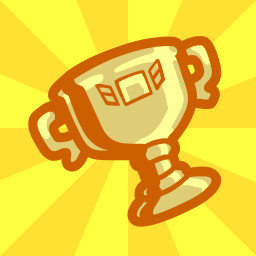 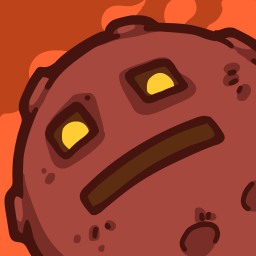 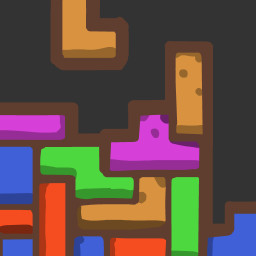 We believe Early Access, when used right, provides a unique opportunity for developers and players to work together, and build something grand that everyone feels a part of.

And that's where you come in. We want you, our community, to be part of deciding what comes next.”

“We've looked at other Early Access games, and with what we've found, and what we have planned, we're expecting Early Access to be anywhere from 6 months to 18 months, giving Blockpocalypse time to grow substantially.

We know that seems like a big window, but with your involvement, we can make Blockpocalypse bigger and better.”

“As we progress through Early Access, we want to add content, constantly working with you to prioritise the most important additions. We want MORE characters, MORE apocalypses, MORE modes, MORE balancing, MORE features, MORE Steam integration and support. MORE EVERYTHING!!!

We want the Full Release of Blockpocalypse to shadow the version that launched into Early Access, in terms of scope, usability, stability and overall enjoyment. Most of all, we want to make sure Blockpocalypse offers something for everyone, whether you play it casually with friends, competitively between rivals, or it’s part of your Friday night party games list.”

“Blockpocalypse is already a content rich and very stable Early Access title, and is at the point where all we can really do is add more. There's hours of chaotic gameplay to be had, with co-op and versus game modes, heaps of characters ready to be unlocked and enjoyed, emotes to communicate with or taunt at each other, and both local and online multiplayer.

We've even included the menus and options that Early Access games can forget, such as Settings, your Loot Stash, Game Over screens and Party Voting, because we care about your experience.

We test regularly and vigorously. We've taken Blockpocalypse to expos and shows, and had it running for hours without issue. And we have established an internal pipeline to expedite our production of content for the game.”

“We think it’s only fair. Our early community should be rewarded for being part of the journey with us. They're by our side through the ongoing support, new features, new content, and help shape the game as it grows to reach Full Release.

As such, Blockpocalypse will be priced lower during Early Access, and resume its retail price for the completed Full Release.”

“Community input is everything, and we want to make the kind of game you want to tell your friends about! We want your feedback on what you want to experience, are currently enjoying, or hate with a burning rage.

Really want to play as a certain character? Let us know! Finding a section really difficult to get past?? Post a screenshot and we'll track it down!! Thinking of an apocalypse or mode that would be really cool to play in?? We won't know if you don't tell us. Or just want to let us know about some funny moment between you and your friends? Tell us your story!!

Can we do everything our community asks? Of course not, no one can... but with your help, through voting polls and forum discussions, we can figure out what to get to you first.

We encourage players to join in the Steam Community Forums to post ideas, suggestions and general support!!”

Blockpocalypse is a local multiplayer party platformer about surviving with friends in the apocalypse…or at least outliving them. Fighting their way across the apocalyptic 2D landscape, up to 4 players must forge a path in the debris, using whatever they have at hand, including blocks, clocks, and even a unicorn or two!

Escape the relentless dangers by working together, or simply be the last one left standing in this pixelated madness, whilst playing as one of a huge cast of hilarious characters. With a range of fun, furious and fast-paced party modes, including Block Ball and Elimination, the opportunities for chaos are endless.