Miolhr
Developer
Miolhr Company
Publisher
Miolhr Company
{Save the World} of Miolhria from the 6 overpowered DoJo Sensei's and all other challenges as you make your way through each Biome. Battle tons of Zombies, Bandits and Mio-la-mon along the way! Thankfully, you are not alone in your plight. There are others in the same situation. Will you survive?
All Reviews:
No user reviews
Release Date:
Developer:
Miolhr Company
Publisher:
Miolhr Company
Tags
Popular user-defined tags for this product:
Strategy RPG Sandbox Creature Collector Anime Action Pixel Graphics Adventure Simulation Board Game 3D JRPG Exploration Dungeon Crawler Action RPG Action-Adventure Strategy RPG Immersive Sim Mystery Dungeon Cartoon
+
Reviews
All Reviews:
No user reviews

Check out the entire Survive Me franchise on Steam 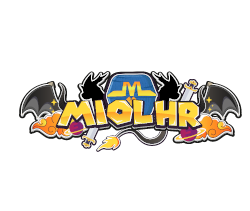 Long ago the Scientist of Miolhria worked on a cure for the multiple illnesses of their time. One of these "Cures" had horrible side effects turning man into Z's. This cause Havoc and Chaos all over Miolhria.

Miolhriankind's last hope was left with these same scientist who continued to experiment with the Virus which changed so many of the Miolhrians into these Z's.

(As you can tell not all of the People of Miolhria were Genuses..)

After years of experimentation and luck a second cure was found but didn't work as they expected.
Side effect from the second "Cure" allowed some people of Miolhria to Control Elemental Skills.
These People were called Users. Elemental type(s) are Fire, Water, Poison and Ice.

(User are people with the ability to control Element Powers.)

After years of training, the Top Users created DoJo's to train
and perfected their talents.
Years later Z's stated to build immunities and split off into 3 forms.
Poison. Blazing. Earth!

This Also Allowed them to Use these Skills.

At the same time User trained developed 2 New Skills. Physical
and Tool.
With these 6 Skills the World of Miolhria was balanced
for a short time.

DoJo Sensei's stared to develop Dual User abilities.
This was mostly through their training.
This gave them the ability to control 2 Elements at once.
For years DoJo leaders ruled the lands of Miolhria...

More from Survive Me