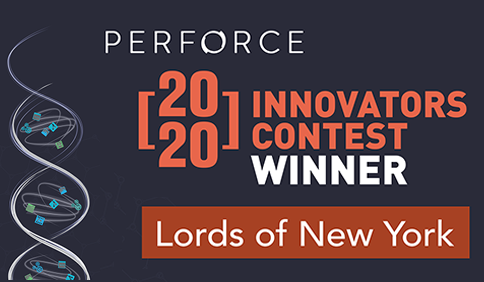 “Early Access is our chance to share Lords of New York with our fans in a fully playable and enjoyable form while we work on our grand vision for the game. You're getting a fun game already, with robust multiplayer, engaging AI players, and a poker game like you've never played before. When it becomes the game we've dreamed about, you'll be the first to play it in its complete form. We have a very active development cycle already, with loads of characters and abilities to add. We're eager to share it with our fans, hear their feedback, and have them contribute to Lords of New York's development.”

“Majority of our work in getting out of Early Access will be polish, adding new characters, venues, and preparing our Story Mode interface. It will take several months of work and maybe a few more as we apply feedback from our Early Access community.”

“Lords of New York is all about its characters and their stories. Our full release will give them an even greater focus on them with in-depth story content, small mini-games, new poker venues and game-play variations as well as additional Steam functionality. We want to give players an opportunity to really bond with our characters, and that's what we'll be spending the extra time doing.”

“Lords of New York is fully playable. We have six playable characters, fully voiced and animated. You can play online-multiplayer with friends and in single player versus AI.”

“The price will not go up after Early Access. We will be frequently adding features and characters to Lords of New York both in both Early Access and after release. These will be fully available to you whether you purchase early or not.”

“Community is a huge part of our game. Our core mechanic of cheating at poker requires lots of balancing, and our players are the most integral part of the process. We'll be listening to feedback and collecting data on how to make our characters even more fun and interactive. We're committed to making our current and upcoming characters really fun to play. We want Lords of New York to be the most fun way to play online poker with your friends. We know the key to that is listening to our community.”
Read more

Lords of New York is poker the way it oughta be - with a lot fewer of those boring rules! Cheat your way to the top in style in this stylish 1920s-era Poker RPG, where you'll develop skills over the course of every game to give you an edge on your opponents. Don't like the cards you've got? Switch 'em around. Don't like the way your opponent is betting? Make 'em regret it. Pick your character, and see how fun poker can be.

Every character's skills and abilities match their distinct personalities, and they're all lovingly animated and fully voice acted. They'll let you know exactly how they feel about the way the game is going, encouraging players to bond with them over the course of a game. Poker isn't about cards - it's about the people - and Lunchtime Studios has created a cast of characters you won't forget.


What are you waiting for? Pull up a seat at the table, and cheat your way to victory!