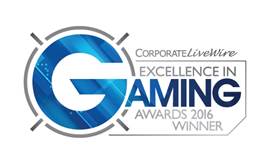 “For the price it offers, this game actually delivers quite a lot of content and is sure to entertain you while you make your way through this island of dreams.”
Indie Juice

Immerse yourself in a lost paradise, with a deep mystery hiding beyond its pristine shores.

As a crew member of a suddenly and mysteriously capsized ship journeying through the notorious Bermuda Triangle, you find yourself being the sole survivor on a seemingly deserted island. Deserted but not always uninhabited. Solve the mystery of the lost paradise and claim your destiny. Get back to nature, learn and hone your REAL world survival skills, solve puzzles and live the adventure.

Lost in Paradise is a third person point and click adventure reminiscent of the classics from 90s (similar to modern escape games or hidden object games, but deeper) with spellbinding ambient nature graphics and an art style all it's own.