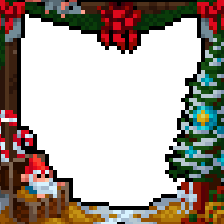 Get ready to tackle vicious roguelike dungeons in first-person. Barony is a blast alone, but it's a party when you bring your dungeon-running buddies with you in cooperative multiplayer.

Slay baddies, collect arcane treasures, invoke powerful spells, and tally up your death count on your way to defeating the forces of supernatural evil.

Barony is a love-note to RPG classics like Ultima Underworld, System Shock, & Daggerfall, created by fans of the classics.

Dungeon Running for Justice: Story of the Barony

Hamlet is the greatest little city in the realm. That is, it was until the heinous Baron Herx came along and claimed the whole thing as his Barony. He enslaved Hamlet's people and now he's an awful undead lich. The whole town's been trapped in his massive dungeon for decades and now it's up to a single hero or a group of adventurers to confront him in his hellish lair and destroy him forever. Whether you will die in the dungeons or rise to victory against the Baron and his hellspawn is ultimately up to you.
What did Baron Herx find in Hamlet, and will killing him be enough? You might find out if you figure out how to git gud at Barony!

This game may contain content not appropriate for all ages: Combat and traps feature cartoony blood. The game also features alcohol, occult themes, and some sexual content in the form of comedic innuendo. Some players may find Easter-eggs that contain swearing.