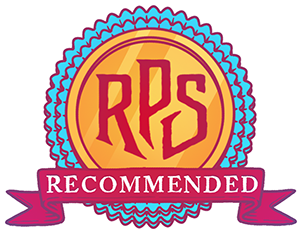 “...one of the most entertaining and rewarding points and click games I've ever played.”
9 – Richard Seagrave - GameSpew

“It may be a self-described “micro-adventure” game, but despite its simple style and presentation, The Darkside Detective has a lot of heart”
8 – Chloi Rad - IGN

• 9 paranormal bite-sized micro cases to investigate around Twin Lakes City, including a Christmas Spectacular Special
• At least three jokes
• Cutting edge, high definition pixels
• One free curse-removal, up to and including mid-level witch hexes
• Music from Ben Prunty, the audiomancer behind gems such as Into the Breach, Subnautica, and FTL

Grab your trench coat, tune your sixth sense and join the Darkside Division as they investigate the outright bizarre, the downright dangerous and the confusing cases of Twin Lakes. Flesh-hungry tentacles, mafian zombies, and the occasional missing sock are no match for The Darkside Detective.

Where cultists crawl, where demons dwell, where the occult… occults? *ahem* That's where you’ll find Detective Francis McQueen, the lead investigator of the criminally underfunded Darkside Division. When evil darkens the doorsteps of Twin Lakes City – hell, even when it just loiters around shop fronts or hangs out in shady alleyways – he’s there, ready to investigate the cases that nobody else will.

He is The Darkside Detective.

The COMPLETE SEASON ONE collection of this multi award-winning comedic serial adventure sees Detective McQueen and his sidekick, Officer Patrick Dooley, investigating cases plaguing Twin Lakes and its colorful citizens. Point at everything in sight, click around mysterious and eerie locations, and use your wits (or borrow a friend’s) to lay these cases to rest!