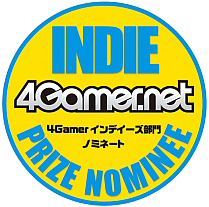 “Overall, Kaiju Panic is the best indie game I have played this year. It’s charming, addictive, creative, and if a franchise will ever be born from this title, it certainly has a great deal of potential for the future. I highly recommend it.”
8/10 – Scouse Gamer

“The overall presentation is fantastic, the characters are cute and the Kaiju are varied which keeps things interesting. There is satisfaction collecting survivors and building defenses ... There’s a surprising amount of depth to the game and it requires thought before each stage starts.”
7/10 – Brash Games

“It’s incredibly fun to jump into with even the simple task of building up towers to see how effective they are when paired up having the power to compel further experimentation.The same too can be said for watching swathes of adorable Kaiju dropping like leaves in autumn.”
7/10 – James Slack Games

Kaiju Panic is an Action-Strategy game with a bright and unique art style where you have to rescue survivors and guide them to the safety while defending against the giant monster Kaiju. Take control of the field commander. Build, fight and rescue your way through a wide variety of locations around the world.

A massive meteorite has struck the Earth causing devastation and panic in the streets, you scramble to the impact zone to search the area for survivors and survey the extent of the damage caused. But as if a meteorite wasn't enough, giant monsters called Kaiju start appearing around the world and begin rampaging in densely populated cities! Jet across the globe as you respond to Kaiju attacks and bizarre natural disasters and unusual weather phenomenon. Rescue every civilian to unlock their ID cards which you can view along with a monster bestiary and tech tree. Progress through a full story campaign to discover the true origin of the Kaiju.