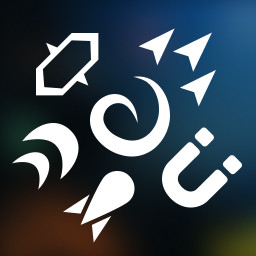 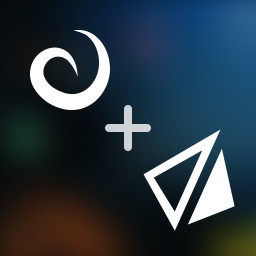 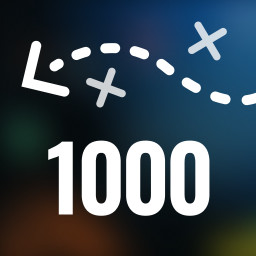 “We want to make sure Shwip is the best it can be before launch. We decided to focus on quality over quantity when it comes to game modes. Early testing at conferences gave us a huge amount of feedback which we implemented, and we need that final bit of feedback for the overall game mode, and specifically - our style mode. Performance is another large aspect of Shwip, being a twin stick shooter. We need to have 60fps , and while we've made huge strides in performance, we can use the data from early access to better optimize the game.”

“We want to ensure the best possible experience for our players on launch. We initially aimed for a few months, but our expectations have been surpassed. We're looking at the year mark.”

“We have a few game modes that we are experimenting with and would like to slowly roll them out and see if they have any staying power. One of our goals with Shwip is to being local couch gaming back, and we want to make our multiplayer modes differ than single player. In addition to multiplayer, our three modes need small tweaks from the community on how to keep players coming back. We want our players to love each mode individually, and not just spend their time mastering one.”

“Shwip is 100% playable, we are focusing on polishing our game modes and testing out local-multiplayer replay-ability. The content of the game is 90% there, with sound effects, music and overall polish being the next stage.”

“We plan to raise the price slightly after leaving early access.”

“Any feedback is welcome! We listen to every bit and make adjustments. Our community page will have FAQs and discussions.”
Read more

Shwip is straight up twin stick action with a whip. It's you versus an unrelenting geometric foes. Literally render them into pixels with devastating weapons and abilities including missiles, mines, magnets and dash. Evade, outlast and play with style in Shwip's three main game modes, then take to the couch and play against your friends in Shwipball – a competitive battle arena inspired by air hockey. Post high-scores, dominate global leaderboards, and show your friends and strangers alike who’s boss. Are your thumbs ready?

We insist Shwip be played as you wish. So we've given a few cool modes to ensure maximum levels of fun and excitement for everyone.

Arcade
Going out in 15 minutes and need a quick particle induced fix? Buckle up, buddy. This is three minutes of increasingly difficult enemies spawns and swarms with one objective; to turn you into dust. Arcade features all the ship weapon types and abilities with unlimited lives and ammo, so you better be ready. This is the arcade mode you grew up with and love, so post those high scores and show the world you are the Shwip master.

Style
Complete a series of objectives based on weapon and ability combinations to unlock your ship's turbo mode. Once you reach maximum power, you can unleash an onslaught of turbo powered weaponry and abilities. Every time you activate turbo the difficulty increases, but so does the multiplier. Style features two unique features, slow-mo and the shield. You only have one life, so be careful out there.

Minefield
You’re placed in an desolate environment with a wounded ship, a damaged weapons system and a serious case of home-sickness. There are mines scattered everywhere, and a series of energy fields you need to fly through in order to maintain your ship's integrity. Survive as long as possible to reach #1.

ShwipBall
Team up or go solo in this local multiplayer air-hockey inspired competitive arena. Whip the ball into your opponents net or use your ship as a battering ram.

Practice
Choose the enemy type and frequency and unleash your might. Great for learning how to gain style points or just to mess around and show off new skills to your friends and family. There are no time limits, so customize your gameplay experience and get your particle fix for the day.

These enemies will have you fiddling with your controllers in ways you never thought possible. Take solace in the beauty of their particle ridden demise. Shwip features a range of enemies from floaty pawns to pack hunting, pixel-thirsty units.

From industry standard cannons to the Shwip (the Ship with the whip, get it?). We give you an awesome array of cool weapons and abilities to use and abuse. Pro-tip : Each weapon has an alternate use. From a whip, to missiles, to mines, to boosting, to blasting to magnets. Destroy your enemies as you please!

Compete against the world and track global stats. Dominate the leaderboards by playing over and over and over again. There are no ship upgrades, so the entire play-field is level - get to it!

Trash-talk and taunt your friends and family in real time without delay with Shwip's local multiplayer. We grew up playing Mario Kart, Worms and Halo in cramped rooms with tiny CRTs, and we want to bring back that magical feeling. Shwip multiplayer features Arcade, Minefield and ShwipBall - A competitive space-whip-air hockey variant that is sure to make you question the integrity of your friendships.

Honestly? We highly recommend Shwip be played with a gamepad, though we did include keyboard and mouse.

Thanks for checking us out!

Join our Discord for for updates and interact with the devs: https://discord.io/shwip