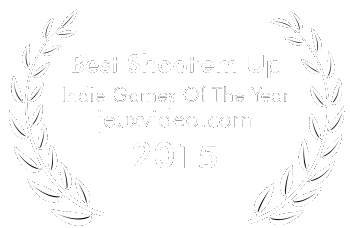 “Drills, metallic jaws, buzzsaws, flamedrones, and all manners of lasers, bullets, and missiles are amongst the weapons of Steredenn”
Rock, Paper, Shotgun

“If you like shmups, Steredenn is a must-have”
15/20 – http://www.jeuxvideo.com/test/445407/stederenn-un-shooter-rogue-like-explosif.htm

Steredenn: Binary Stars is an award-winning mashup of a classic shmup and a rogue-like, carved in big beautiful pixels, with insane boss battles. Fly solo or co-op with a friend, fighting off the worst scourges of space in a never-ending struggle for survival.

Steredenn: Binary Stars is the hugely expanded version of the acclaimed Steredenn. Enjoy infinite replayability and unforgiving gameplay through intense boss fights, (almost) randomly generated environments, twisted space events and a massive arsenal of weapons. Enhance your ship during your flight with upgrades aplenty, and forge your own path across the universe!