The Diamond Heist DLC is the 13th DLC pack for PAYDAY 2 and adds the fourth heist from the new contact known as the Dentist. It's time to shine for the PAYDAY gang with the most exciting heist yet - the Diamond heist. You've heard the legend of the Diamond. A meteorite that was found by Genghis Khan. Carried at the head of his armies. Owned by murderous Kings, and tragic Queens. It may sound like a campfire ghost-story. Curses, legends... Madness, death. Together with the Diamond job, you also get four new masks based on figures of old along with their materials and patterns. 7 new achievements have also been added to make things even more interesting.

• An all-new heist – The McKendrick Museum lies just off the Washington Mall. Can't miss the place. Even amongst all those other museums, the McKendrick stands apart. Florentine Renaissance architecture, pink granite and white marble – it's a fitting house for The Diamond. We're hitting just before it opens. You can expect some security outside, watch for that, but there'll be plenty inside too. Guards, cameras and watch out for laser tripwires. Didn't think they'd leave a billion dollar diamond just lying around, did you? 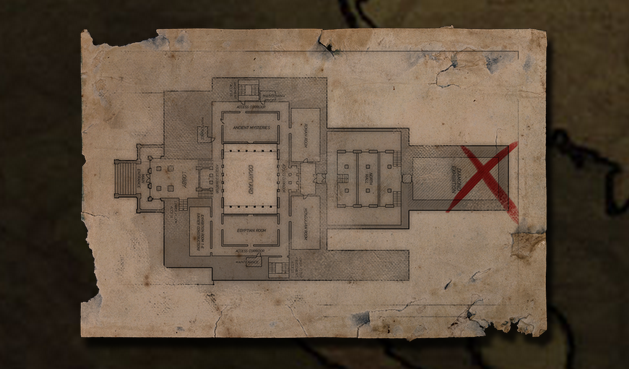 • Pre-planning – We have pretty good knowledge of the layout of this place (it is a public building, after all), but the Dentist pulled some layouts of the less-public areas. There's a whole load of useful stuff to spend your favors on, but he's also laying on some specialist equipment for this one. The museum is loaded with valuable loot, so a Glass Cutter will help you crack those displays without setting off the alarm. Don't want to stroll through the front door – use Thermal Paste to burn through the barred windows.

• 4 new masks – Anubis, Medusa, The Cursed One and Pazuzu - four historical and mythical characters that are almost too frightening to behold. Use them at your own risk!

• 4 materials – Four new materials have been added to the game. Enjoy these materials inspired by history and luxury materials of old.

• 7 achievements – Seven new achievements have been added to challenge you while you steal the Diamond together with your friends.

• Introducing Multi Skill Builds – Are you tired of re-speccing every time you want to switch from stealth to loud? Have you ever wanted to have multible skill builds but never could afford the skill costs or bother remembering your favorite set-up? If so, this is your lucky day; introducing the Multi Skill Build feature. Construct up to five Skill Builds - profiles of skills and perk decks. Need a Skill Set heavy on stealth for Framing Frame? Jumping between a Fugimind and a Techforcer set-up? No problem – create a Skill Build each, save it out and you're good to go. Going loud in Hotline? Easy. Switch back to a loud Skill Build. With a few clicks, you're always ready to bring the best skills for any heist.