“I want to develop the game with the players! I know this sounds cliche but I really feel that building a "base" of a product, and finalizing it around the input from passionate members of the community is something I've always wanted to do. Instead of developing this product in a vacuum, or based solely on the feedback of a few testers, and execs at a publisher - bringing the game to passionate users in the target audience and tailoring the product to their feedback should save me time, and prevent unnecessary or unliked features from receiving my attention, while important features ( to the community ) will receive a majority of my development focus.”

“I'm anticipating the product being in the Early Access phase for 6-12 months. The actual answer is "as long as it takes" for the product to be fun, and to achieve the goals I've set for it, and those may change based on community feedback.”

“The industry nomenclature for the state of the product would be "Pre-Alpha", or "Alpha", depending on how many new features the community would like me to add to the product. One other way to look at the first release is that it's "66% done", in the sense that I've spent 2 years on the game - and expect it needs about 1 more year of work. The game has 3 major Offline gameplay modes, and an Online open-city multiplayer mode. The game server technology is a constant work in progress, as is the game client. Some features are rough around the edges, and there may be crash bugs in the product. Also some visual elements of the product are in a somewhat early stage, and can be improved in the future, based on user feedback.”

“I anticipate the price of the product increasing gradually, as the quality and amount of features/content increases.”

“I love interacting with players/users and seeing what they think of my work, in a POSITIVE way. I've developed this game and engine by myself, from scratch. For a multiplayer"Open World Crime" type game, this is a huge undertaking. I have no illusions about the complexity and challenges of creating such a game. I've spent many years working on this and very much look forward to having constructive conversations with a mature gaming community as the product progresses in quality and content. Thanks a lot!

Just Death is an “Open-World Sandbox Crime Game” set in procedurally generated cities. At its core gameplay mode - Just Death is my take on the Vigilante genre. You must rid the streets of “thugs and scum” using your antihero, playing in the first or third person. Due to the procedural nature of the environments, I can provide ample replayability with ease. The game has an Online open-city multiplayer mode, and 3 offline gameplay modes (Vigilante, Bank Heist, and Gang War).

Gameplay modes
Vigilante ( clean up the streets from scum and bad guys ).

Bank Heist ( rob the bank with friends, and escape the procedural cities ). 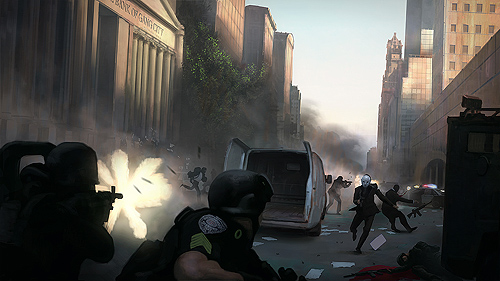 Gang War ( fight for control of the city against other gangs ). 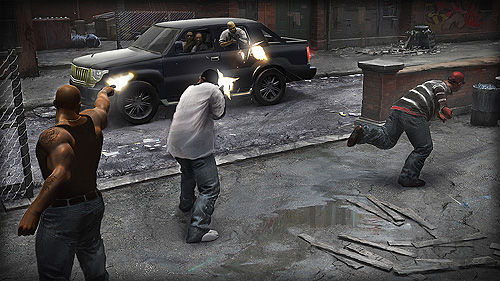 You can also play online in a multiplayer open-city mode.

Procedural City Generation
The core feature of Just Death is the Procedurally Generated Cities. With a feature like this, I can provide the players with almost unlimited gameplay environments, by simply changing the “seed number” used to randomly generate the world, or by changing the simplistic input splines which form the “backbone” or basis for the city generation. See the image below for a visualization of the input and output my technology can produce. One issue that has plagued procedurally generated environments for the longest time is that they always look “boring”. 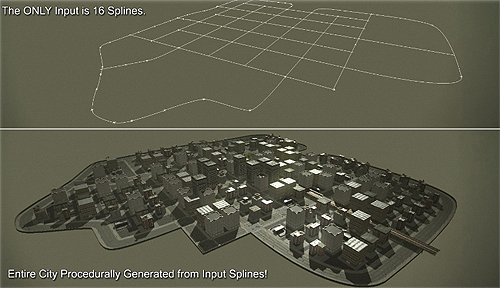 Below are a set of real-time images from the Procedurally Generated Cities in Just Death.