The stealth genre gets turned on its head in The Marvellous Miss Take – the only heist adventure that invites you to steal with style! Use cunning, guile and the art of deception to grab the loot and escape without getting caught by the guards!
All Reviews:
Very Positive (120) - 81% of the 120 user reviews for this game are positive.
Release Date:
Developer:
Wonderstruck
Publisher:
Rising Star Games
Popular user-defined tags for this product:
Stealth Female Protagonist Indie Heist Action Casual Singleplayer Great Soundtrack
+ 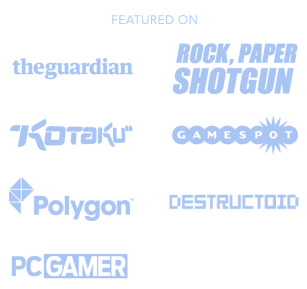 “Their newly revealed light-footed mouse-controlled theft game… demonstrates that there is still the capacity for innovation in the stealth genre.”
The Guardian (Will Freeman)

“If you're a fan of the genre, you'd be remiss not to give it a try — it features a lot of classical stealth mechanics, all of which intertwine to create a surprisingly tense, challenging experience.”
Polygon (Griffin McElroy)

“Well worth a look if you’ve ever dreamed of not only being a master thief, but doing so in the kind of style that is only possible after hitting some high-end boutiques for a formal suit and flagrantly stylish new hat”
Rock Paper Shotgun (Laura Kate Dale)

The stealth genre gets turned on its head in The Marvellous Miss Take – the only heist adventure that invites you to steal with style!

Break into 25 unique art galleries as three different thieves in search of the ultimate score, evading guards and using gadgets to get away with your priceless haul. Unlike other stealth games though, there’s no time for waiting in the shadows until the right moment! Wandering guards decide their patrol routes on the fly, security cameras keep watch over everything and even innocent gallery goers just visiting to admire the art might raise the alarm if they see something suspicious. Only quick wits and even quicker reflexes can help you grab the loot and escape unseen – there’s no option for violence and the clock is ticking!