Cosmochoria
Developer
Nate Schmold
Publisher
30/30
A tiny, naked cosmonaut with a jetpack & laser blaster must revive a dying galaxy by planting one seed at a time. An innovative and addictive arcade adventure experience with mystery and intrigue in all the right places.
All Reviews:
Very Positive (317) - 89% of the 317 user reviews for this game are positive.
Release Date:
Developer:
Nate Schmold
Publisher:
30/30
Tags
Popular user-defined tags for this product:
Action Indie Adventure Strategy Space Twin Stick Shooter Action Roguelike Roguelite Cute Casual 2D
+
Reviews
All Reviews:
Very Positive (89% of 317) All Time 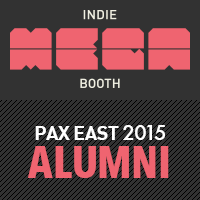 “Cosmochoria is a perfect blend of serenity and chaos.”
Destructoid

“...with colorful imagery and atmospheric background music, [he created] something fresh.”
http://indiegames.com/2014/02/preview_cosmochoria_a_simple_a.html

“Cosmochoria is a sugar shock of sweet arcade fun in a beautifully psychedelic wrapper! Nate Schmold's debut game is a labor of love that deserves a wide and appreciative audience.”
Jason Kapalka, Co-Founder of PopCap

You play the role of a tiny pink naked cosmonaut who 'finds himself' in a distant galaxy. While no story is immediately apparent, consecutive games will begin to reveal some of the deeper mysteries surrounding the universe around you.

You are free to roam the galaxy in search of these secrets, or to remain on a single planet, establishing a home base to fight aliens and tend to your galactic garden.