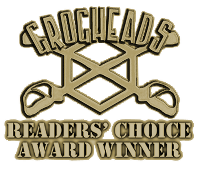 “...“Why can’t more games have campaign systems like Achtung Panzer Operation Star?”. Where most wargames blindfold you, bundle you into the back of truck and drive you miles to a new unfamiliar battlefield, after every victory or defeat, this one forces you to push on, and confront the sometimes-grim consequences of previous actions...”
Rock Paper Shotgun

“Achtung Panzer: Operation Star really is a gem, especially for the addicted wargamer.”
The Wargamer

Graviteam Tactics: Operation Star is a sequel to Achtung Panzer: Kharkov 1943. It’s an Eastern Front war game with solid graphics and sprawling battlefields that really emphasizes the scope of WWII tank combat.
Want to step into the role of a commander in the very heart of Kharkov’s defense? You'll have everything the officers had back then: tanks, guns, and fearless soldiers. The success of each opposing force hangs in the balance every day. Your decisions will determine who wins the Battle of Kharkov.