Check out the entire Cold Beam Games franchise on Steam 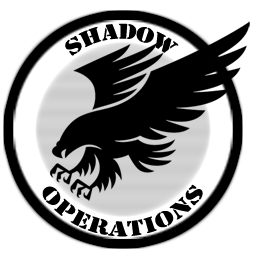 Welcome To The Shadow Operations Unit

THE FLEET
The base fleet consists of 9 brand new ships, each with new handling, firing patterns and abilities

DOMINATION
Each ship in the fleet has its own set of leader boards
Prove you are the best of the best, get to the top of those boards

Highly focused firepower in a single tight beam.
This ship is like a scalpel, it delivers a massive amount of damage,
but requires speed and accuracy for that damage to be put to good use.

The most powerful ship in the hanger. It can deal more damage per second than any other ship.
However, this comes at a price as this ship is slow and heavy. Shoot first, move later!

Fast, small and nimble. Quick reactions and good flying skill will allow you to get out of difficult situations.

A very capable Auto-Aim ship with a good balance of firepower and manoeuvrability.

The smallest most agile ship in the game. If you can keep it under control you'll be able to punish the bad guys with its 3 beams of fire.

A large beast of a ship. Powerful engines make this ship fast, but its large mass makes it hard to change direction. High powered, but slow bullets, make an interesting combination.

An Auto-Aim ship the will hoover up all the pickups on screen. Large but reasonably agile, you should be able to clock up some big scores.

An Auto-Aim ship with a wide field of fire. An all-rounder good in most situations.

Hazards come from all directions, so this ship fires in all directions. If positioned well, you can safely get into the thick of the action and have no fear of incoming missiles.