All Reviews:
Mixed (18) - 66% of the 18 user reviews for this game are positive.
Release Date:
Developer:
Nomad Games
Popular user-defined tags for this product:
Strategy RPG Indie
+

“Three Draconic Lords, beings of near infinite power and malevolence, have returned to the firelands. To claim the fabled Crown of Command. With them come the legions of evil dragons, harnessing the awesome powers of their dark masters. Now the land quakes beneath their oppressive rule, and the quest for the Crown is more terrifying and dangerous than ever before!”

The Dragon Expansion introduces a whole host of new mechanics including two new Inner Regions. Get ready for your Talisman experience to be taken to a whole new level as you prepare yourself to battle the Dragon Lords. 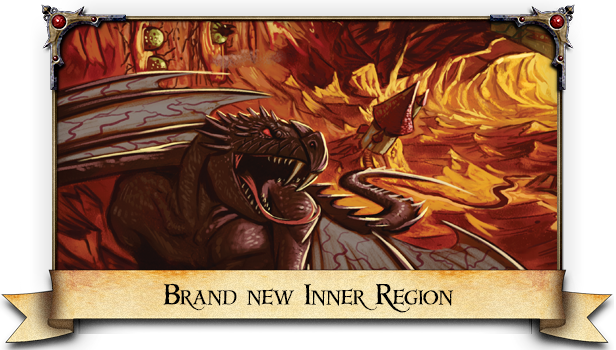 The Dragon Realm has a similar set up to the normal board but boasts a number of difficult challenges as the number of dragon scales increase. Within the Dragon Realm you do not roll the die, instead you move one space at a time, following the directions the board gives until you confront the Dragon King.

The Dragon Tower has a single path that leads to the Crown of Command, in which characters move along the spiralling staircase by drawing cards from the Dragon King’s Deck. When moving through the Dragon Tower you do not roll the die, instead you move one space per turn plus an additional space for each Enemy you kill.

These Inner Regions are not for the faint hearted as you must encounter almost every space. Make sure you’re prepared before crossing through the Portal of Power. 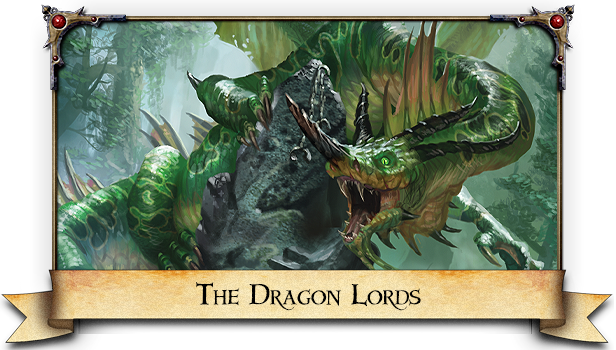 The three Dragon Lords, Varthrax, Grilipus and Cadorus, have returned to the land of Talisman. Each Dragon has a special ability called Dragon Rage, as well as having a dedicated Dragon deck. Each Deck consists of 56 cards featuring new Events, Enemies, Strangers, Objects, Followers and Places. Dragon cards run the risk of a character encountering a stronger than normal enemy, but the rewards you may gain are also of greater value.

At the start of each of their turns, a player will draw a Dragon token at random. Dragon tokens are split into Special Effects and Dragon Scales.

Dragon Strike: The player who draws the Dragon Strike token will draw two additional dragon tokens and resolve them in the order they are drawn.

Dragon Rage: Dragon Rage is encountered when a player draws a Dragon Rage token on their turn. The effects differ depending on which Dragon is currently King:

These tokens are always discarded after their effects have been resolved.

Dragon Scales:
The effects of dragon scales vary depending on whether they’re placed on a Draconic Lord, the game board, or taken by a character.

When a dragon scale is first drawn it is placed onto the matching Draconic Lord Card, once a dragon lord has had 3 scales placed on it, that Dragon becomes the Dragon King. When a Dragon becomes the King, one of its Tokens is placed onto the Space the character that drew the token is on. The other two tokens are discarded. Play continues as such and the Dragon King will change frequently.

Dragon Scales can be claimed by characters if they defeat an enemy dragon. Claiming dragon scales offers characters two powerful effects:
If a character encounters an Enemy or Draconic Lord, each dragon scale the character has that matches his opponent adds one point to his attack score.
If a character is about to suffer Dragon Rage they may discard one dragon token that matched the Dragon Lords to cancel the effects.

Once a player reaches the Crown of Command, the Dragon King cannot change. The first one to defeat the Dragon king wins. 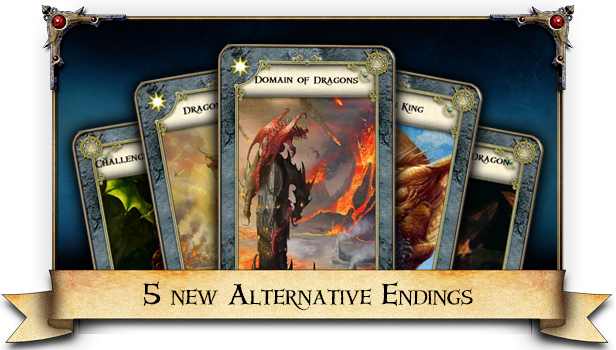 Varthrax, Grilipus, and Cadorus are swarming the Crown of Command. With 5 lives each it’ll be a long but valiant battle to slay the three dragons and claim the Crown. If a character loses in combat against a Dragon Lord they’ll suffer losing a life and the Dragon Rage of the dragon they were attacking. Once all the Dragons are defeated, the player with the most tokens which show they defeated a Draconic Lord wins.

The King is never someone you should challenge. Facing the Dragon King isn’t easy, once you’ve reached his lair, you’ll need to roll a die at the beginning of your turn to determine your fate.

The character who removed the Kings last life wins, but if the Dragon King is left alone on the Crown of Command, he heals all his lives.

At the start of the game one Draconic Lord Card will be drawn at random and placed faceup on the Crown of command. This will be the Dragon King for the game. Although the king won’t change, the other Dragons will do his bidding to stop you reaching him for the final battle.

Challenge for the Crown

The journey to the Dragon King is a long and difficult one. You must reach the Crown of Command as per the normal rules, but when you arrive there you are teleported to the Dragon Tower. Your final assent to confront the Dragon King start here. Vanquish him and win the game. 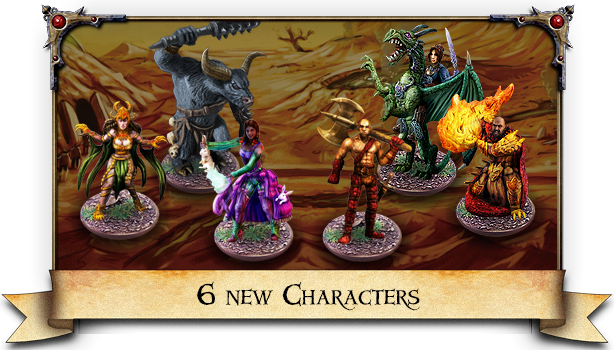 Dragon Riders have a close and unique bond with their dragons. This bond allows them to gain advantages as they travel through the land of Talisman. When playing as the Dragon Rider:

As the Dragons reached the land of Talisman, the Fire Wizard focused his training into fire magic, to counter the Dragons’ attacks. This lead him to create an immensely powerful Pyroblast ability and withstand the most powerful of dragon attacks. When playing as the Fire Wizard:

As the land fills up with snarling dragons, traveling has become more treacherous than ever before. The Conjurer is able to manipulate the cards on the board and avoid encountering a dragon before she’s ready for battle! When playing as the Conjurer:

As the land has become tormented by Varthrax, Grilipus, and Cadorus, the Dragon Hunter has taken it upon himself to hone his hunting skills to hunt dragons. No Dragon is safe from him or his trusty Axe. When playing as the Dragon Hunter:

The sounds of battle have brought the Minotaur out of his maze. He powerfully charges down his foes and leaves ruin in his wake! When playing as the Minotaur: 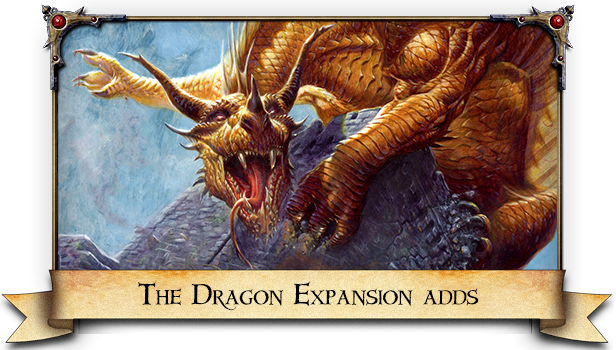 “Can you reach the Crown of Command and vanquish the Dragon King?”