All Reviews:
Mostly Positive (14) - 78% of the 14 user reviews for this game are positive.
Release Date:
Developer:
Nomad Games
Popular user-defined tags for this product:
Strategy RPG Indie Board Game
+

“It is the Frostmarch, brought here across the northern waters by the Ice Queen. Armed with the Crown of Command, she is transforming the realm into a desolate, frozen wasteland. Can you overcome the raging storms and strange creatures that inhabit this bitter land? Will your blood freeze when you behold the Ice Queen's cold, cruel gaze?”

The Frostmarch brings all new adventures to the land of Talisman. Introducing new Craft-focused enemies to challenge you, new characters to play and Warlock quests to complete, it’s time for your final showdown with the Ice Queen. 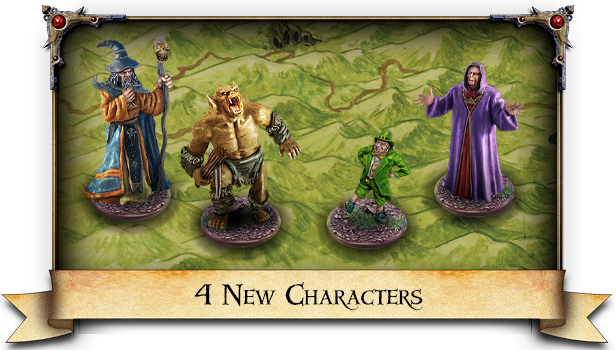 If one thing can get you through the Frostmarch and power towards the Crown of Command, it’s the luck of the Leprechaun. When playing as the Leprechaun:

Skilled in the arts of magic, the Necromancer has the ability to gain Spirits as Followers. Although the Spirits must leave after a battle, the bonus Craft they offer will undoubtedly help in the fight against the Ice Queen. When playing as the Necromancer:

The Warlock can earn a great deal from completing Warlock Quests. Whilst others find themselves searching for Weapons and Objects, he’s able to gain these through Quest Rewards alongside gaining invaluable Craft and Strength. When playing as the Warlock:

The Ice Queen has brought strong Monsters with her from the North. Creatures which have never before been encountered in the land. If he defeats these Monsters, the Ogre Chieftain can gain them as Followers to help him fight the Frostmarch. When playing as the Ogre Chieftain: 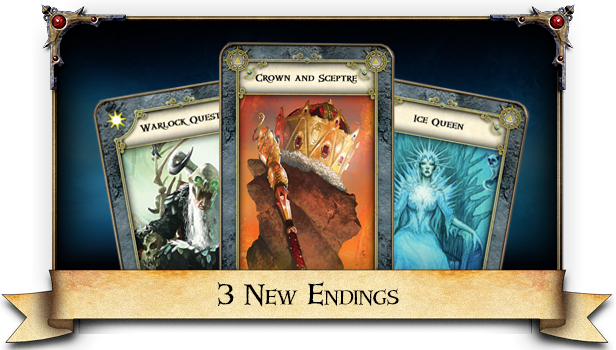 Prepare yourself for an epic battle against the Ice Queen herself. As you approach the Ice Queen you can choose to confront her in Battle or fight using Psychic Combat. Each time the Ice Queen is defeated you can remove one of the Ice Queen’s lives. If you’re defeated, you must roll the die to determine your fate.
The first player to remove all of the Queen’s lives wins, but if she’s left alone on the Crown of Command all of her lives will return. 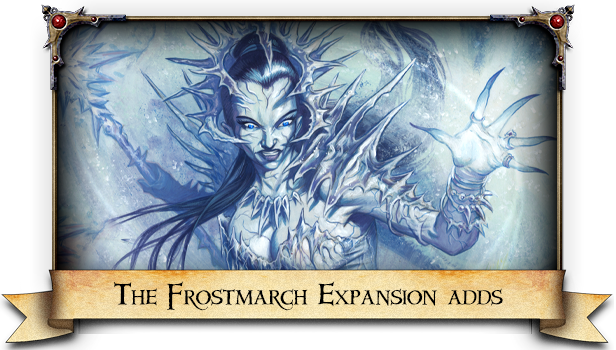 “Brace yourself against the onslaught of the Frostmarch!”