“[While at the Australian EB Expo] Nothing even came close to the level of quality of Infinity Wars. It almost shouldn't have been in the same area; it should have been in an open space, where everybody was guaranteed to walk by. The game deserved that level of foot traffic.”
ABC Tech

“I have been waiting for a TCG like this for a long time.”
Examiner

Infinity Wars is a unique trading card game that blends rich lore and artwork with innovative gameplay mechanics that are both simple to learn, and hard to master. With fully animated artwork, eight unique factions to play and master, and constant updates as the game is actively developed, Infinity Wars Classic is an experience you will only find here!

Do You Hate Pay To Win?

We despise it. So much so that we've completely revamped our monetisation model to ensure every new and returning player has free access to every card we've ever made as well as any from this upcoming set and any future sets for Infinity Wars Classic. 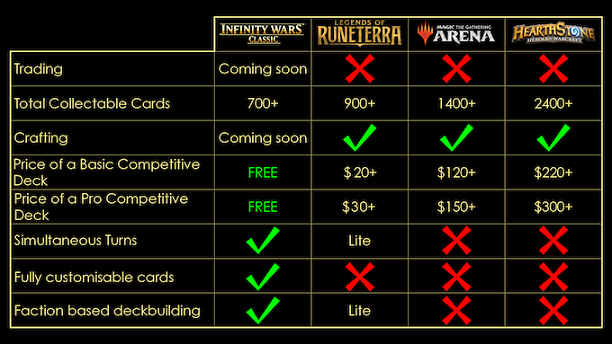 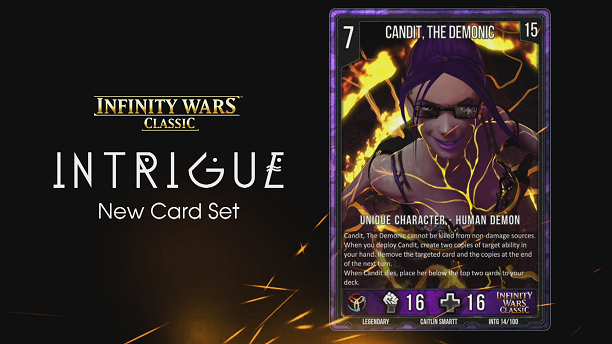 Newest Set Kickstarter NOW LIVE!
Our Kickstarter for our newest set "Intrigue" is live right now over at Kickstarter. Including platinum bordered and other exclusive items never to be available again, this is the best time to get into or back into Infinity Wars. Support us in our crusade to bring death to pay to win in card games!