This content requires the base game ENDLESS™ Space - Definitive Edition on Steam in order to play. 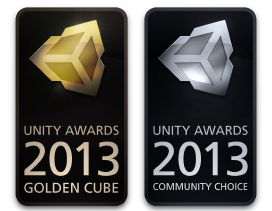 Check out the entire Amplitude Studios franchise on Steam
Notice: At the request of the publisher, ENDLESS™ Space - Disharmony is no longer available for sale on Steam.

This content requires the base game ENDLESS™ Space - Definitive Edition on Steam in order to play.

“Endless Space is smart, polished and intelligent game of countless permutations. Its strength lies in how carefully and how cleverly it's balanced, as well as how it rewards all kinds of playing styles. We haven't seen a strategy game quite like this in a while.”
8/10 – IGN

“In case it's not yet clear: go for it. If you are an experienced player, go for it. You are rather inexperienced with the 4X genre and it frightens you? Go for it.”
9/10 – FactorNews

“For a first game, it is surprisingly complex, demanding and motivating.”
82% – GameStar

Disharmony brings a brand new experience to Endless Space players. A new faction with a unique play style, “The Harmony”, will make its appearance. Battles will be even more intense with the addition of fighters and bombers, battle formations, a new targeting system, a redesigned weapon system and enhanced invasion mechanics. The AI opponents will be significantly more unpredictable with the implementation of the new ‘Adaptive Multi-Agent System’. Prepare your empire for epic space battles!

The Harmony had been moving since the birth of the universe, passing through the galaxies, seeking The Core. Their migration was deliberate, calm, inevitable.

Dust was their downfall. In the galaxy of the Endless they were ensnared; this strange technological creation that affected particles, fields and waves broke the single movement of the Harmony into a cacophony of gravity-enchained individuals. The Harmony sees Dust as a menace or a plague, and has set out to rid the universe of its effects.

For the rest of the galaxy, this cleansing is a minor apocalypse. The Harmony, creatures of mineral, see no difference between "inhabited" and "uninhabited" planets -- they are simply "infected" or "clean." And those that are infected will be dealt with ruthlessly…

The Era of Disharmony has begun!