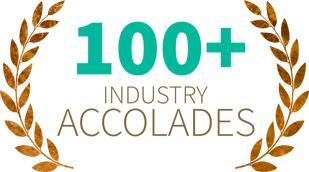 Winner of the D.I.C.E. Sprite Award, the IGN 2014 Award for Best Graphics - Art, the SXSW Gaming Award for Excellence in Musical Score, the New York Videogame Critics Circle 'Tin Pan Alley Award' for Best Music in a Game, NeoSeeker's Game of the Year Award, and named by IGN, CNET, TotalBiscuit, Paste Magazine, Slant, A.V. Club, VentureBeat, Destructoid, NeoGAF and many more as one of the best games of 2014.
Check out the entire Supergiant Games franchise on Steam

“Transistor is a wildly smart action-RPG that places all of its trust into your intelligence.”
9.0 / 10 – IGN

From the creators of Bastion, Transistor is a sci-fi themed action RPG that invites you to wield an extraordinary weapon of unknown origin as you fight through a stunning futuristic city. Transistor seamlessly integrates thoughtful strategic planning into a fast-paced action experience, melding responsive gameplay and rich atmospheric storytelling. During the course of the adventure, you will piece together the Transistor's mysteries as you pursue its former owners.