Punzel is a cute point & click adventure that focuses on social interactions with various interesting characters while establishing an innovative stylized GameToon format.

The story plays in an alternate universe in which the princess, Punzel, is held in the Overlord's castle guarded by his loyal minions.
Every now and then a prince attempts to rescue the bored princess and free her from the round empty room she spends all of her time in. However, this usually doesn’t work out for the princess at all.

By now, Punzel is bored and tired of waiting, thus she decides to take action herself. She starts her escape by establishing friendships with the various creatures within the tower.

The core mechanic of Punzel is based on social interactions in which you build friendships with the creatures and monsters you encounter in this adventure using gestures, reactions and facial expressions.

Aside from that, the game offers a point & click-like experience. Explore the secrets and hidden treasures that lie hidden all over the game.

Make sure you keep your eyes open!

This first chapter of the GameToon is set in the tower Punzel is captured in.

She spends her time in her room, wondering how to possibly get out...

The GameToon format is a combination between a game and a comic. Players are able to play the GameToon Chapters one after another just like they were to read a comic book. The comic-like format also applies to the visuals and transitions of the game.

Also, there’s a variety of fun little slice of life comics related to the Punzel universe to be read online for some extra lore! 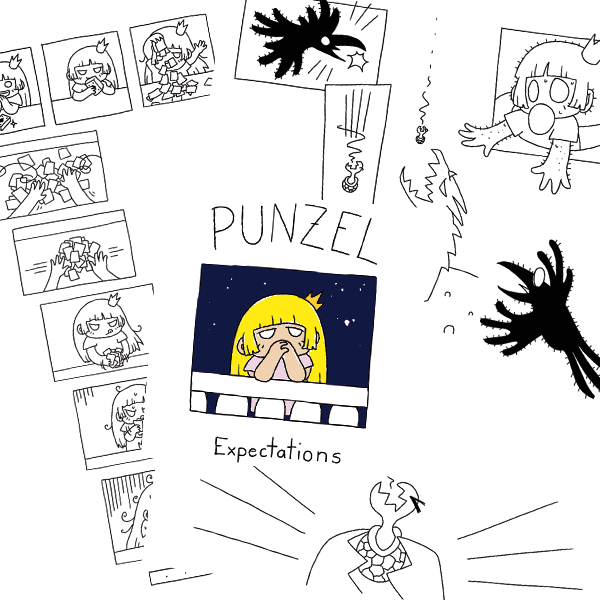