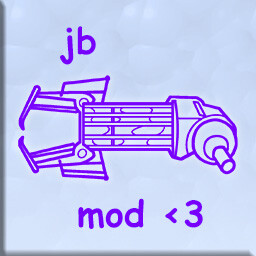 This community-made mod requires that you own Half-Life 2.

“What has science done”
jb55, hl2world.com

JBMod was the first mod ever released for Half-Life 2. It was originally created by jb55 on the HL2World forums before being handed off to TEAM JBMOD, a small group of modding enthusiasts on the forum.

JBMod enables the physgun in Half-Life 2 (first seen in pre-release tech demos such as those shown at E3 in 2003), which was ultimately cut from the final game.
The physgun allows you to move and manipulate objects with the help of physics.
JBMod also adds several new features, such as additional physical constraints (ball joints and ropes) and item spawning using console commands.

The initial Steam release brings the original mod from 2004 to a more modern engine.
Stay tuned for further updates! As always, JBMod 0.6 is coming soon.

Playing maps and using content from other Source engine games requires an installed copy of those games.
Due to engine version differences, some newer games may not be compatible.
JBMod is currently based on Source SDK Base 2013.