“Making a co-op multiplayer VR game is a big project for a solo developer. Treekeepers is at a point where the first few stages are fully playable, working, and fun, but not complete. We want to see what players love and don’t love and make sure we’re focusing our effort on what you all want most!”

“Expect Treekeepers to be in Early access for at least 6 months.”

“We’re aiming for the full version of Treekeepers to have many more worlds (Currently only Green Gardens is available) with more enemies and objectives. We’re also planning to add upgrades to the engine station, and add another type of super-weapon station to the ship for you to operate! Our final vision for ship upgrades is that each station will have 2 upgrade slots, and each of the current 3 upgrade types will be able to combine with each other on each station to create unique effects!

In addition, we are experimenting with procedural generation for some levels, as well as game progression that occurs outside of individual world runs, in order to add lots of replayability!

As these mechanics are added, we plan to periodically revisit design, models, and graphics for Treekeepers. In order to get a fun, playable alpha product, some of these elements are minimal.”

“Currently, Treekeepers offers a really fun experience in a single world (called Green Gardens) which players can navigate together receiving randomized upgrades that can be applied to the airship’s main shield or each of its 4 gun turrets.

The game is not over when players have completed Green Gardens once - Treekeepers has a dynamic difficulty system, so that players can crank up the dial and compete with past runs for a high score based on how many objectives they’ve completed, what difficulty they’re playing on, and if they managed to clear the stages without destroying their ship.”

“Yes. Treekeepers will be free for a limited time while we gather initial feedback, but the full game will be paid. There might be multiple steps of increased price as more and more content is added.”

“Feedback is encouraged through discord and the Steam community forums! Please leave us a comment before rating the game if you find something broken!”

Treekeepers is about a giant tree that needs saving and a hot air balloon at the disposal of you and your 4-person crew. Along the way, encounter oversized obstacles and pests that are out to stop you. One player flies, one player defends the aircraft, and the others kill the bad guys.

Don't like who's flying? Then take the flight stick from them! But you'd better learn to work together quickly, because it's your team vs. the world.

Join us on the Discord to give suggestions and report bugs!

Collect and strategize on which parts of your ship to upgrade 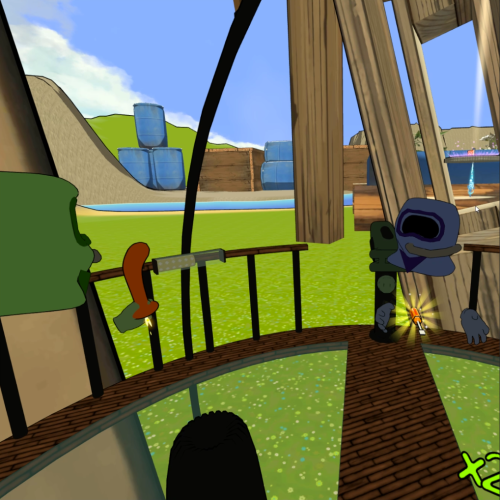 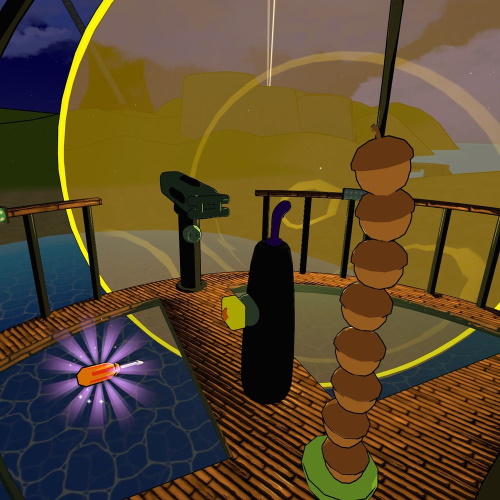 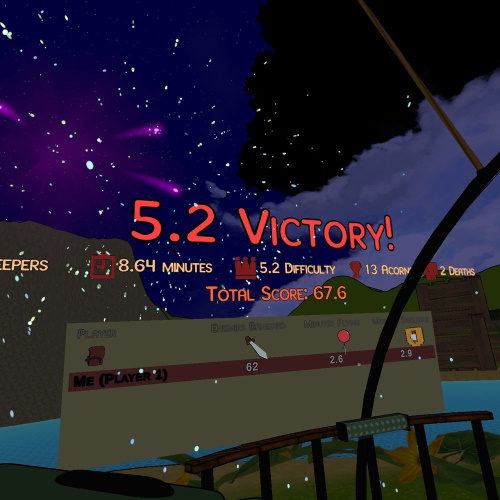