Don't Shit On My #!$@& Roof
Developer
The Moon Pirates
Publisher
The Moon Pirates
Take your rifle and get out of your house. You hear them coming, the PIGEONS! They're coming to shit on your fucking roof. Defend yourself against this horde. They are after your skin and your roof. Each defeated pigeon grants you divine grace, making you stronger!
All Reviews:
Very Positive (83) - 93% of the 83 user reviews for this game are positive.
Release Date:
Developer:
The Moon Pirates
Publisher:
The Moon Pirates
Tags
Popular user-defined tags for this product:
Action Roguelike Action Bullet Hell Roguelite Pixel Graphics Shoot 'Em Up 2D Top-Down Colorful Cute Fantasy Funny Mythology Survival Character Customization Combat Singleplayer Early Access Indie
+
Reviews
All Reviews:
Very Positive (93% of 83) All Time 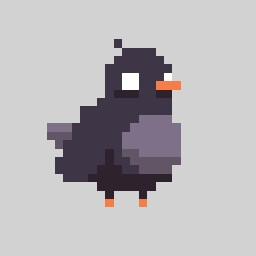 “Don't Shit On My Fucking Roof has a special story.
The Moon Pirates is a fully independent studio. We love making games and are currently working on Fortuna.

To relax and perfect our skills, we started making a little game in the style of Vampire Survivor / Enter The Gungeon so we could compete with each other.

As the game is based on building with a lot of items, feedback from the community and ideas are very important. We hope to have a small community of passionate people to give us ideas and feed the game with content...

And to be able to kill even more evil pigeons.”

“The full version will have BOSSES (bullet hell pattern woohoo), MUSICS, moar achievements (without the placeholder pigeon. But hey, if you take every achievements of the game and put them on your profile page, you can have your own pigeons army !), new UI, more staters, stages, artifacts, type of artifacts, unlockables and modifiers.”

“All the basic functions are already implemented in the game. It is fully playable on computer with a keyboard and mouse combo.

At the moment the game has 140 items and upgrades, 30 achievements, 11 difficulty levels, 8 starters, 2 maps.
If you want to make all the content, it will take you, at least, 3.5 hours. (And gg if you do that in this time)

It is possible to customize your character and also to connect the game to a twitch channel to display the name of the spectators under the pigeons.”

“Feedback from the players is important. In a game with so many items, so many levels of difficulty, balancing is complicated. Fortunately, there are places like the Steam forum to hear what players have to say and discuss their ideas.”

Don't Shit On My Fucking Roof is a roguelite survival with an extremely simple gameplay. Move and aim, you don't even have to shoot! Choose a starting deity, gain experience and build your equipment. For you and your home. And yes, it looks like the game with vampires there... Or the one with lovecraftian monsters, or the one with living gun bullets, or the game with the crying baby... but well, here, we shoot pigeons. And you can kill your viewer with the Twitch integration !

Oh... How you hate pigeons... But they hate you even more. They came to kill you and shit on your house. You have 20 minutes to defeat this huge horde that is descending on your humble home.
How do we do it? Ooooh... I so wanted you to ask me that question:

The divinities are there to help you.

You hate pigeons, so do the divinities. COOL! For every pigeon you defeat, your link with the deities increases with experience. And for each level you get to choose a new artifact for your equipment. You get rid of a pigeon, you're happy and you get stronger. Double win. And on top of that, each game is unique!

Everyone has the right to choose how their life begins.

The divinities are full of resources. It's up to you to choose your starting deity with its associated artifacts. But that's not all, you can get stronger and stronger permanently between games!

I think some pigeons know you and want to shit on your house. If you're on Twitch, the pigeons look strangely like your active viewers in the chat... Between us, you always wanted to "pacify" them, right?

You are not safe anywhere

Or are the pigeons not safe anywhere? Several locations are available with different challenges each time.

Kill them, but kill them with style.

I don't have more to say. It's up to you to choose your style, you'll be the last thing these evil pigeons will remember.