Haste-Miner 2
Developer
Seyloj
Publisher
Seyloj
Haste-Miner 2 is a casual game where your main objective is to mine. When mining, you earn a currency called tokens and the blocks you mine are stored in your "backpack". Tokens can be used to upgrade your pickaxe in lots of different ways.
All Reviews:
Mostly Positive (17) - 76% of the 17 user reviews for this game are positive.
Release Date:
Developer:
Seyloj
Publisher:
Seyloj
Tags
Popular user-defined tags for this product:
Adventure Casual Arcade Clicker Idler Indie 2D Pixel Graphics Nature Procedural Generation Simulation Singleplayer Mining
+
Reviews
All Reviews:
Mostly Positive (76% of 17) All Time 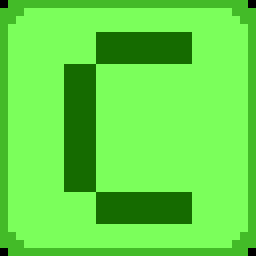 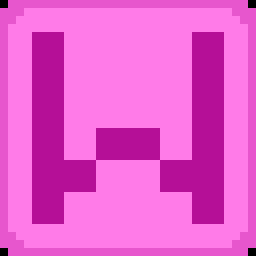 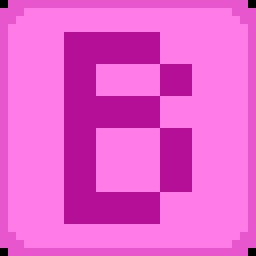 Haste-Miner 2 is a casual game where your main objective is to mine.

When mining, you earn a currency called tokens and the blocks you mine are stored in your "backpack". Tokens can be used to upgrade your pickaxe in lots of different ways. The upgrades vary from increasing your pickaxe damage, your mine speed, the tokens and money you get, as well as various "procc" (programmed random occurrence) upgrades, for example; "Slammer", "Nuker", "Key finder", "Token bag" and more.

The blocks stored in your backpack can be sold for in game money, which is used to unlock new mines with better blocks in them. The money can also be used to upgrade your offline "Token generator", buy pickaxe skins and eventually, unlock whole new planets.

Planets can be travelled between with money (lots of it). You start on earth and from there you can unlock the moon (I know, technically not a planet). Which has much more valuable blocks, from the moon you can go to the next planet.
The game currently has 5 different planets with different scenery, economy scale and dungeons.

The dungeon is an alternative way of playing the game. After you unlock the dungeon (for money and tokens), instead of mining in a squared generated mined, you can then instead mine in a big cave area with ores scattered around the place. The ores in here are much more valuable and instead of being stored in your backpack, they will sometimes give you various item rewards when mines. Watch your steps though, because if you fall into any of the pits in the dungeon, everything you had gained in there will be lost. The dungeon the primary way of obtaining "spirit flasks", which can be used to receive a random "Spirit".

Spirits are equippable "buffs" you can use in the game. Each spirit is unique and will enhance certain aspects of the game (while sometimes nerfing others).
You can have 1 spirit equipped at a time and most spirits can be upgraded (by mining) for increased effects. The game has 25 different spirits ranging in 5 different rarity tiers. Spirits can be obtained by opening a spirit flask, which can be obtained in the dungeon, and from treasures.

Treasures are a great way to give you a little bonus when playing. Treasures can be opened with a matching key, which can be obtained in various ways. When opening a treasure, a key will be consumed, and you will receive a random reward from that treasure.

Generators can be used to earn passive income while playing, but also while offline. Each planet has a token generator and a money generator, which are upgraded with the opposite currency (money with tokens, and token with money). Upgrading your generator will increase it's capacity and the amount in generates per second. Generators can also be buffed by upgrading a certain mega upgrade with rebirth points.

The "Rebirth" system is a way to replay the game with a buff.
Once you have reached a certain "level" in the game and mined a certain amount of blocks, you can rebirth.

Rebirthing will reset most of your stats (except for spirits and unlocked planets) but will give you a 10% money & token income boost as well as 1 rebirth point (RP) which you use to buy permanent mega upgrades. These upgrades are very different to the normal upgrades but are much more powerful.


On top of all these features. Haste-Miner 2 has much more to explore and try out.