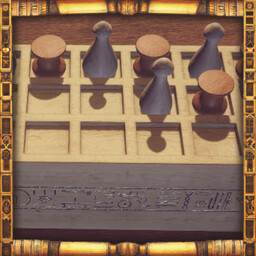 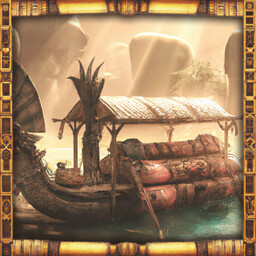 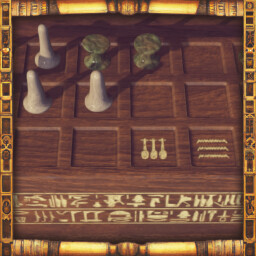 Board game from ancient Egypt, Senet is a turn-based strategy game meant for two players. Meaning “The Game of Passing”, and associated with spiritual and religious practices, Senet is one of the oldest racing games of humankind and was played by the Pharaohs themselves. In the Book of the Dead, Senet is used to play our destiny in the afterlife to access the kingdom of Osiris. Are you going to try yours?

This Senet version is using the well-known Kendall's rules

Senet was made as a way to celebrate the 100-year anniversary of the discovery of Tutankhamun's Tomb the 4th of November 1922. His tomb contained no less than four Senet boards. The boy king's treasures spurred renewed interest in Ancient Egypt, and after a centenary is still one of the most famous discoveries in modern archaeology. We aim to deliver our 1.0 version the 4th of November 2022.