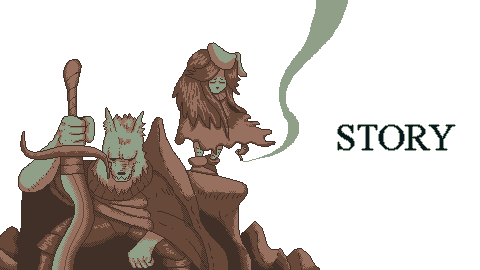 You are Edda, a young girl lost in a dying world.
The elements of the world have been unleashed, ancient demons stalk the lands.
Collect the pieces of Quintessence, ascend to a divine power, defeat the elder god
harvesting the souls of the world.

The game features several enemy and friendly non-player characters that show their bare breasts. There is also a fair bit of blood and gore at certain key moments of the game.