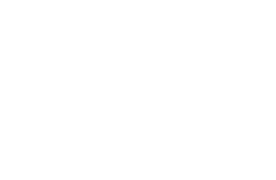 You are instantly ressurected by the power of God! Survive the loop of violence where a single blow means death.
There are only three actions to use: attack, parry, and slow-motion.
Enjoy logical and deep strategy with various enemies and complex room structures.

The world of Japanese mythology with advanced biotechnology.
Takeru, the hero of the game, becomes an assassin to protect his dying country. He will raid a large nation all on his own.
Can he protect his country and culture with violence? Takeru struggles to find a new answer.
Country/Life/DNA/Culture/Lore. What should be protected? What makes a soul?
What will become of SONOKUNI? See how it ends with Takeru, the protagonist.

The game is designed to be played as a hardcore action game, with repeated revivals.
Speedrunning: The speed run function allows you to compete with other players. Aim for the top in many rules.
Intuitive controls: Three actions (attack/guard/slow) allow anyone to play intuitively. An immersive experience.
In-depth strategies: The seven enemy types and complex room structures allow players to enjoy different strategies even in the same stage. There is always an alternate route.

Dope music and pixel art: Developed by "DON YASA CREW", a J-HIPHOP group. Enjoy the combination of original Japanese rap music and a world illustrated by unique pixel art.
A thought-provoking story: the protagonist becomes an assassin as he struggles to find new solutions to protect his dying nation.
A Japanese myth and Biopunk crossover: The story is set in the world of Japanese myth, fused with elements of biopunk. It represents problems surrounding a developed society.
There is an EASY mode for those who want to focus ont he story. The slow-down ability will be strengthened which will make it easier to beat the game.