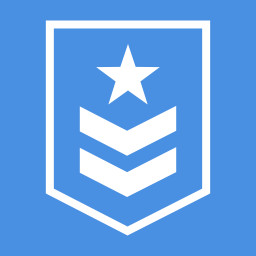 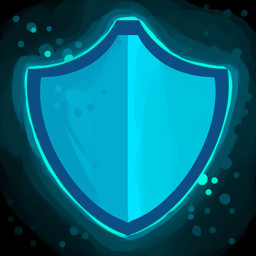 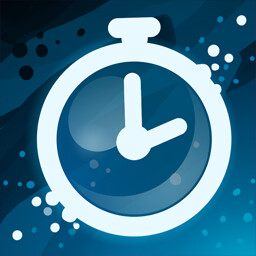 “Early Access is a great way to have a direct feedback loop with our player base while we build out and finalize the features.

As we add more characters, weapons, abilities, maps and game modes, it will be invaluable to get community feedback to ensure the game is fun and balanced.”

“All the core game mechanics are implemented, and the game is fully playable solo or in co-op with friends.

Currently there is a single map, 6 characters, 15 weapons, 8 active abilities, 10 passive abilities which can all be combined to make unique builds.”

“The price may increase for the full release.”

“Community feedback on our discord and Steam forums will be important to fine tune the balancing of enemies and unlocks, as well as gather ideas on features they would like to see to improve the overall experience.” 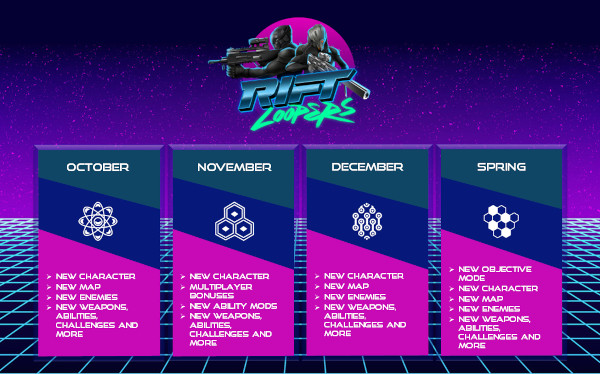 JOIN THE RIFT LOOPERS
Rift Loopers is a twin stick shooter survival game with rogue like elements, where you will survive as long as possible against the mysterious alien insectoid race.

SURVIVE AN ALTERNATE REALITY
Fight your way through worlds lost to the insectoids on your mission to collect the resource needed for dimensional travel, the reality crystals. Dead or alive, your crystals will be returned to your dimension to be used to unlock additional weapons, characters and enhancements for your future loops.

DISCOVER DEVASTATING ABILITIES
As you mow down your foes you will level up, allow you to upgrade existing abilities or add new ones to combat the increasing power and intensity of enemy waves. Combine your active abilities with the right passive to unlock their true potential!

KILLING BUGS IS BETTER WITH FRIENDS
Enter the Rift Gate with up to three friends in online co-op.