“Because I want to receive feedback early while the game is still changing and still being developed!

While the game already has an end condition, there are many ways in which the game can grow and directions it can take. I believe player feedback is extremely important and fundamental to shaping the game and allowing players to experience the game will allow me to collect and gather feedback to improve it much better than without Early Access.

Thus, I believe Early Access is the best possible way to build Havendock!”

“I plan to have the full version fine-tune the experience and provide a more immersive and polished mechanics, as well as Quality-of-life improvements. The game currently has a basic story, but this can possibly be further fleshed out.

The game currently already has islands, and in future I plan to add variation in island types, or ways to expand the settlement into the air and take to the skies, unlocking new mechanics such as Combat.”

“The game will be entirely playable upon launch. You will be able build your town in the city, hire settlers, keep them happy and build infrastructure to explore new resources that allow you to scale your base and increase production.”

“Yes, the price of the game will increase as new content gets added as the game moves toward a full release.”

“Players can contact us and leave feedback directly on Discord and Steam Forums.

I mainly use the Discord to listen to community feedback and have created a channel there dedicated to feedback and suggestions. I also use the Steam Discussion Forums. Since the game's inception, I have been addressing player concerns on Discord and actively making improvements based on the feedback gathered.”

Have an idea or suggestion you want to see in the game? Tell me about it on Discord! Or simply go there to discuss the game with others!

Havendock is a resource management, base building, simulation game where you try to survive in the middle of the sea and build a thriving town. You attract settlers onboard and manage them, while trying to meet their needs. 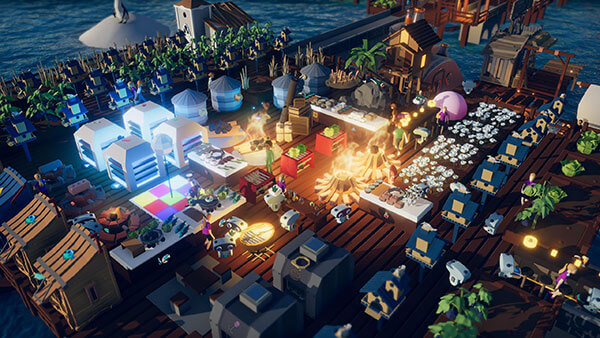 Control a character that starts in the middle of the ocean and begin building your first few facilities from floating debris nearby.

Then research technology that lets you thrive.

Build farms to grow food to fulfill your hunger and slowly progress to cooking better meals that can feed a civilization.

Meet other survivors and fulfil their requirements to get them onboard. Try to keep them happy. They too, need to survive just like you.

Manage your survivors. Put them to work to build infrastructure and healthcare.

Meet traders and trade resources with them.

Raise and feed animals to help you!

Dive underwater to mine for new ores. 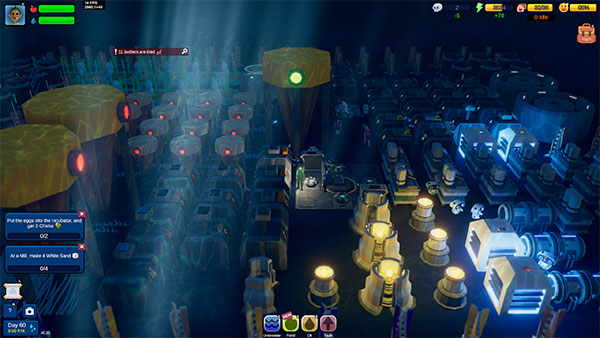 Discover electricity and oil and manage pollution to advance your city.