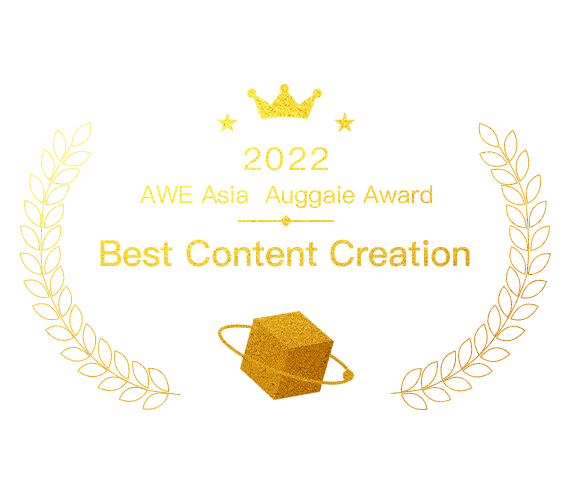 “We’re a bunch of VR game enthusiasts! We have tried our best to develop “Wandering in Space”. But along the way, we discovered that due to the rich storyline and combat system in the game, we need to develop and polish the game in the long term. So we believe that it is best to roll out the basic game to let our players experience the core gameplay in the early stages. And we’re seeking feedback and suggestions from our players so we can meet everyone’s expectations in our later updates.”

“The EA version will last for around 5 months. We will release the complete version with a story mode in October at the earliest. Of course, we will continue to do our best and optimize the completed version of the game based on players’ feedback. In December, we will roll out the multiplayer mode that includes PvP and PvE options. It will be a fascinating experience, so stay tuned!”

“The completed version will contain the full story of the game and support online multiplayer PvP and co-op with more maps, weapons, upgrade options, skill types, and enemies. Compared to the EA version, the completed game will have a richer variety of contents and a more stable system environment.”

“The EA version is capable of presenting the core gameplay and main storyline of the game. While it does not contain all the maps, weapons, upgrade options, and skills yet, it can bring you hours of high-quality gaming experience. Though the game might still contain some bugs, we will do our best to fix them as soon as possible! Please be patient and give us some time. The final game will be magnificent with our efforts!”

“After the Early Access, the price of the game will be adjusted accordingly. We are seeking feedback on the EA version from players all around the world to help us polish the game for the official release to meet higher expectations. And we’ll also roll out different game versions and DLCs for players to choose from.”

“We hope that our players can provide us with their valuable suggestions and feedback in the community. We will try our best to fulfill any popular demands or creative suggestions and integrate them into our production schedule. After launching the multiplayer PvP version, we will periodically hold events and tournaments for our players, in which we hope to fix more hidden bugs. and perhaps even inspire our creativity for future updates!”
Read more
Notice: Requires a virtual reality headset. See system requirements for more information.
VR Only

Exciting Multiplayer PvE and PvP modes are coming in 2023, play with or against other players in space!

Just get the HELL out of space.

Join Wandering In Space, a unique FPS ROGUELITE SCI-FI experience built for VR. With a variety of space weapons, upgradable armory, enhancement buff and unknown superpower, you, a soldier without any memory have to fight the mutants, cyborgs and the rebels to survive in the space of unknown...

This is not a typical shooter set in a space. It is a lone journey for you to discover the truth behind the doomsday. It is a series of uncompromising fights and challenges that make you grow.

Hundreds of years ago, a biochemical outbreak that wreaked havoc on earth led to a series of irreversible events. Survivors who were lucky enough to escape to the space station gradually divided into two factions, the Colonists and the Resurrectionist. Eventually, armed conflicts broke out between the two......

You are one of the remaining survivors after the conflict, just waking up from a long hibernation. Without any memory, you play as a new recruit who tries to survive in a world full of strange creatures. Utilize resources such as oxygen tank to extend your survival time and upgrade your armory through collecting space materials. Having experienced countless deaths and resurrections, you may reveal the secrets of this world as you might be the last hope of humanity.

How to use the weapon is totally up to you. It is easy to go creative in this killing spree, or just knock it off...

Enjoy special character skills “Infiltrator” “Predator” “Overseer” to stay invisible, to gain penetration vision or to create your own bullet time. The power is all yours.

Maximize the power of weapon and suit of armour, keep growing, keep getting stronger.

Investing on resource management and wise man only survives through strategic play.

Always remember to pick up the restoration items (like the oxygen tank, armor repair agent and even special energy battery) as they save your life......

A special boost to your killing ability will be given after each round, using individual buff to strengthen your character in different combat scenario.

Safe house system to help you replenish, get buff and more benefits as you go along the journey. We wish you the best luck.

A global player’s ranking system is available now, getting rewards as you fight with our international community!