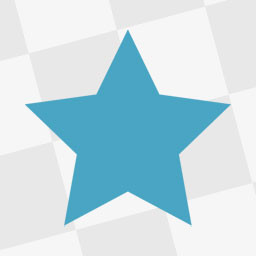 “This is a game we would like to incorporate many different game ideas/mechanis in one package with a simple but elegant presentation. In order to see whether it's an accepted concept, we wanted to share it with the world once we have implemented the very first items that we would like to see in it. Apart our current ideas, we would like to have contributions from the players so we can evolve it at best.”

“Within 3 to 6 months we expect the game to become mature enough to become a full release where it can continue it's growth from there on.”

“Lots and lots of new game modes at first. We have many ideas we would like to share with you. Apart that, we would like to expand all the modes with local/online multiplayer capabilties to get best out the enjoyment.”

“As we'll be adding new features and gamemodes, we'll gradually increase the price as well.”

“We'll use discussion forums and our progress update notifications to get feedback from the players.”
Read more

Super Asqr is a collection of different game types and modes, both single and multiplayer, offered under one package with simple but elegant visual/audio feature set. Being a live game and guided by community, all these game modes are shaped by player feedback and also new modes are considered by request as well. Current list of game modes includes :

mazes is all about a square, trapped in a collection of mazes, where you control him with your thumbstick and guide him through many obstacles to reach out the exit point.

Not so easy though, each maze has been equipped with obstacles and deadly hazards, such as red walls, moving orange blocks, lasers, mines and many more. With avoiding all of these, you need to reach to the green zone to move into the next one. Each maze also contains three stars to collect, don't forget them to achieve the perfect level play.

You need to think hard and play fast in order to overcome those difficulties, so be prepared!

In this mode, you build your Squad with different type units and fight against horde of enemies through the levels. Units includes types like shooter, bomber, healer and have wide variety of upgrade options such as strength, firepower and more. Your created squad moves like a snake and you use left-right to control the direction where all attacks occur automatically against the enemies.

A coming soon game mode, Race mode is where you test your earned abilities in Mazes mode where you race against other people/friends in a maze like racing parkour. Filled with traps and powerups, you need to eliminate each player to win a race and who ever wins 5 rounds, becomes the ultimate winner!

Super Asqr with it's rich modes of gameplay, allows you to experience it's world as a single player experienc at the moment. After the initial release, our aim is to expand into local/online multiplayer world with the current and upcoming game modesi so stay tuned!