A futuristic, Sci-Fi, but also nostalgic racing experience designed for enjoyers of both casual and intense racing games alike, Synthwave RacersⓇ is centered around the thrill of driving fast and precise through beautiful retro-inspired environments while jamming to 80's inspired synthwave music tracks. 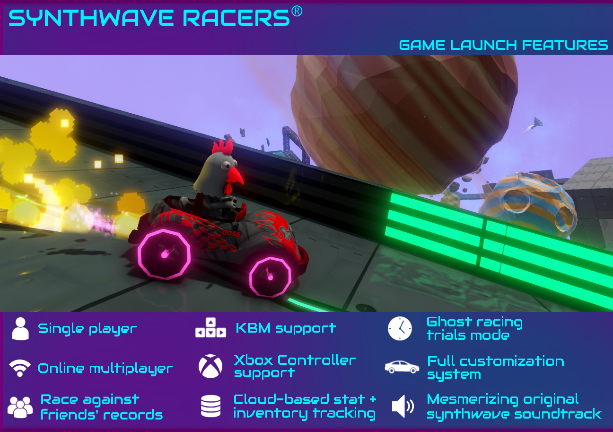