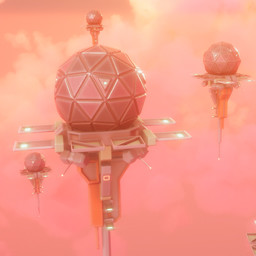 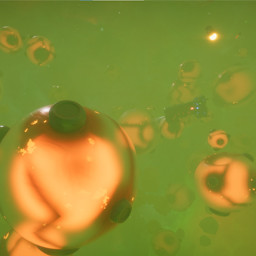 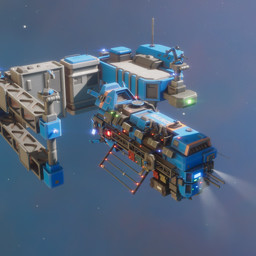 “We've worked hard to ensure Lost Fleet is a fully playable experience, but we’ve reached the point where we need your feedback to ensure we’re running in the right direction. Being in early access will allow us to ensure the stability of multiplayer while at the same time collecting feedback on each ship, ability and location as we build out new content.”

“Our focus during Early Access will be polishing gameplay and bug fixing, but you can expect new locations, ships and game modes throughout Early Access.”

“We expect to make big changes to balance as we see the metagame that develops, we plan on adding new ships, modes and map features based on your feedback through the Steam community hub.”
Read more

So do you fly the Battleships or the little Fighters? YES

Lost Fleet is a teamwork oriented space shooter in which you and up to 5 friends command a starfleet being chased deeper and deeper into the unknown. Your mothership is the center of the fleet, keep it safe and feed it resources as you jump from place to place. Each new area you discover has precious resources that hold the key to turning the tables on your pursuers.

Work your way up from Drone to Dreadnaught, each tier of ships lets you choose how you want to play:
Dodge enemy fire to collect precious resources as a miner, scramble to provide fighter cover for the fleet as a gunship, or hold the line in massive capital ship slugging matches.

Swap roles on the fly

The ability to instantly swap between the ships in your fleet means learning a new role is approachable, find your favorite ship and let the AI handle the rest.

Play how you want