Contains violence, implied sex, implied sexual assault, and the use of drugs. May contain explicit depictions of moral depravity and sexual perversion. All characters are over the age of 18.

Dawn of Kagura is a series of replayable roguelike RPGs!

Natsu is alone at her shrine when the chief of a nearby village approaches her, seeking her assistance. He informs her that youkai are running rampant near the village and requests that she help vanquish them. While reluctant to leave her shrine unattended, Natsu resolves to head alone into battle with the youkai and save the nearby village once and for all.

This game features roguelike RPG mechanics, complete with dungeon layouts and enemy battle formations that change on every playthrough. It also features the fan-acclaimed "Pandemonium" and "Youkai Soulshare" systems from previous "Dawn of Kagura" installments. Strengthen the youkai you've accepted into your ranks and use them to face down even greater monsters! 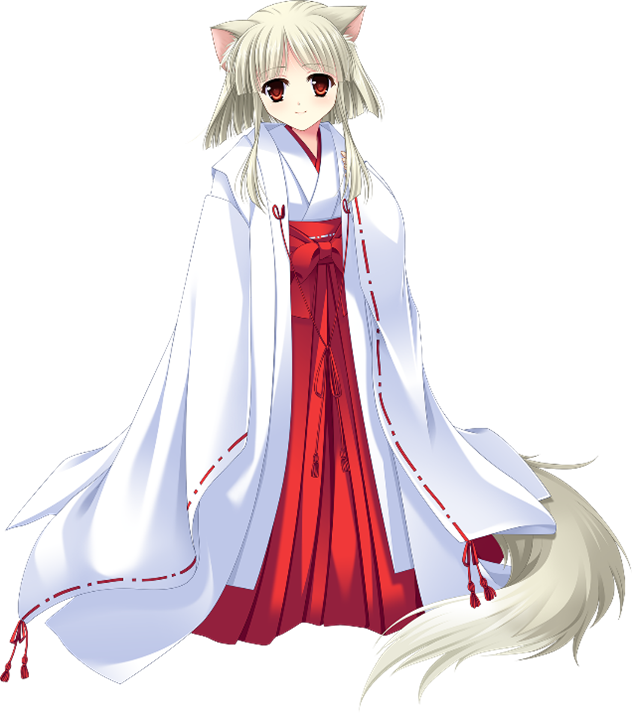 Weapon: Hair Ornament
A goddess with dog ears and a tail who lives in the Mizumori Shrine. Her shyness has greatly diminished thanks to having lived with Mikiya and the Otowa sisters for some time. That being said, Natsu is still not much of a talker and seldom shows how she truly feels in front of people she’s not familiar with. Deep down, she's very kind.