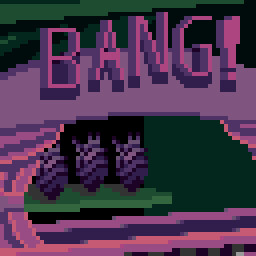 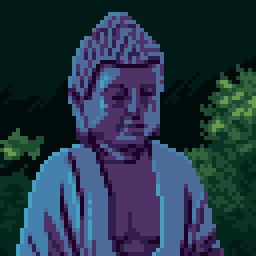 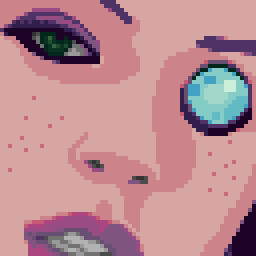 “The lore inherent in the futuristic and intergalactic setting runs deep, and there are some genuinely creative and unique concepts and designs on display. In addition, I adore how the game creatively mixes modern storytelling with a nostalgic presentation to significant effect.”
85/100 – RPGFan

“A point and click adventure set in a world that blends fantasy and sci-fi, Blood Nova is a gorgeous game.”
Finger Guns

The powerful and prosperous Velayan Empire has reigned peacefully for over three centuries, even as distant galaxies – connected to the empire by a string of star channels – have been wracked by war.

Now the empress is abdicating the throne. Her eldest daughter, Princess Love, must take her place. But when Love is targeted by conspirators seeking to thwart her ascension, she becomes trapped aboard an interstellar lighthouse, with only her best friend and protector, Kel Yakkavan, by her side.

Love and Kel must expose the threat and save the empire before time runs out.

Blood Nova is a modern point and click adventure game set in a unique and original science fantasy universe. It tells a story of adventure and conspiracy, depicted in classical pixel art.

As Love you will explore an interstellar lighthouse called The Looping Vale, solving creative puzzles and meeting a cast of eccentric characters, each with their own hidden motivations and desires.

The game is brought to you by Cosmic Void (The Corruption Within, Void Breach), Ross Joseph Gardner (Half-Life: A Place in the West), and Donovan Jonk (Megahammer Studios).

Blood Nova is intended for mature audiences, containing scenes of moderate violence and mild threat. The story deals with themes of political intrigue and political oppression.